Once on the court, any basketball player wants to be able to achieve impressive achievements. Each position has different expectations. However, there are a few goals that are everyone’s destination. The double-double is one of them.

So, what is a double double in basketball? A double-double in basketball occurs when a player accumulates ten or more (usually double digits) in two of the five statistical categories (points, rebounds, assists, steals, and blocked shots).

So, double-doubles are the key to evaluating a player’s performance in one game. Professional basketball players need to get used to performing double-doubles during competition. Although they are not too difficult to make, spectators always look forward to this element in every tournament.

To learn more about double-doubles, let’s explore with Scott Fujita in the article below. 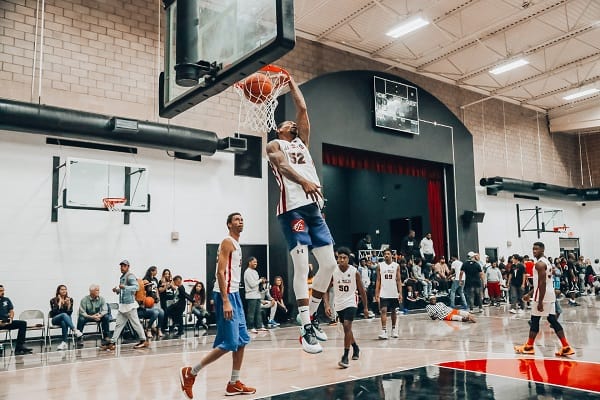 Definition of a double-double in basketball

With the development of basketball tactics, a player will not succeed in professional competition if he develops only one skill. You need to upgrade and change yourself to face your opponents constantly.

How to dribble and pass the ball gradually becomes important for veteran shooters. At the same time, good counter-attackers need to be able to score consistently. For those who are good at stopping the ball, learn to take the ball from now on.

The flexibility in play will give you the initiative and reduce the possibility of sitting on the bench. Coaches are always looking for players who can make a difference on the court.

Trying to get a double double is an attempt to show that you are skilled in many ways. When entering the competition, you will need to achieve double digits in two of the five main statistical categories. These include points, rebounds, assists, steals, and blocks.

Related: What is a triple double in basketball

Scoring ten points in each game is the most straightforward achievement of the five categories, so most players aim for it. You can choose to shoot two-pointers (like dunks) or three-points (long-ranged shots). If we do a simple division, we don’t have to do so much.

Professional basketball players often score more than ten points in half or even the first quarter.

Positions like center or power forward are often capable of scoring more than ten rebounds per game. They have a solid build and excellent standing position, staying under the basket most of the time. Usually, centers will have more chances to get rebounds than power forwards.

Point guard and small forward are the two positions that easily reach the highest support points because they often have to handle the ball on the court. Passing the ball too much will make it difficult for some players to score, but it’s no big deal for the pros.

Steals are one of the most challenging factors to get ten points in a match. Over the entire 2018-2019 NBA season, we could not find any NBA team averaging more than ten steals per game as a team.

Recording ten blocks are as difficult a task as stealing ten times. Continuing to take the 2018-2019 NBA tournament as an example, the team that averaged the most saves per game was the Golden State Warriors. However, they only averaged 6.2 blocks per game. The individual stats are even lower than that.

The double-double in a single game is not too strange for professional players when we still have another term, triple-double. Players will achieve triple-doubles when they land double figures in three offensive categories out of the five categories.

People often appreciate the triple-double; double-doubles are the means to help players achieve it. In addition, we have a few other achievements like the quadruple-double or the quintuple double

What Is A Double Double In Basketball Examples

Scoring a double-double in an NBA game means that you have helped your team a lot during the game. This parameter is critical, and it shows whether the player’s playing style is effective or not.

Some players almost guarantee a double-double at least every night they play. People call them “double-double machines,” and opponents are always wary of these players. Let’s discover which players are associated with that title. 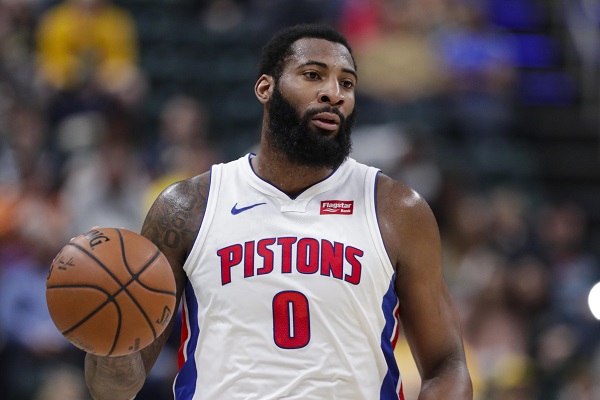 Andre Drummond is one of the most concrete examples of a double-double machine. He played 79 games in the 2018-19 season and achieved double-doubles in 69 of them. The rate of 87% is indeed an impressive number, and not everyone can gain it.

Drummond’s flexibility has aided the Pistons quite a bit. The team averaged 45 rebounds per game, and the superstar player alone added 15.6 of those.

Analysts say that if Drummond can increase his free throw rate to 45.9%, that would be the right step forward. He is already a regular member of the All-Star, and this development will spike the stats even further.

One of the NBA’s best defensive players, Rudy Gobert, is next on this list. When standing under the basket, he is brave and makes the opponent think to score.

This player records an average of two blocks in every game he participates in, and that doesn’t include shots that Gobert missed even though he did not have a chance to block them. His offensive ability is also at a moderate level while still achieving double-digit figures in two offensive categories.

Not only has Russell Westbrook established himself as a steady double-doubles player, but he has also produced the most triple-doubles in the NBA in recent years. In addition to the usual statistical categories of points and rebounds, Westbrook also tried many different genres.

While still competing for the Oklahoma City Thunder in the 2018-19 season, Westbrook accumulated 57 double-doubles and 34 triple-doubles. Eight of those doubles came from rebounds and assists.

This section will help you get more fun facts related to double-doubles.

Who has the most double-doubles in NBA history? 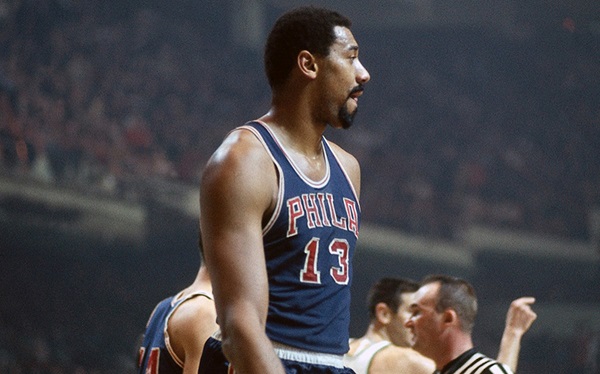 In NBA history, six professional players have accumulated the most consistent number of double-doubles. They are:

All six players above hold the position of center or power forward. The number of double-doubles they achieve is truly remarkable. Currently, all players are retired.

What was the longest double-double streak?

The person holding the longest streak of double-doubles is Wilt Chamberlain. He scored 227 straight double-doubles between 1964 and 1967. While playing for the Philadelphia 76ers, Chamberlain also won two consecutive MVP awards (1966 and 1967) to assert his dominance with the league.

He also holds the second-longest and third-longest streak with 220 and 133.

Who was the youngest player to get a double-double?

Tracy McGrady is the youngest player in the NBA record to score a double-double. He was just 18 years and 175 days old at the time. On November 15, 1997, the young and alert lad scored 10 points and 11 rebounds against the Indiana Pacers.

Who was the oldest player to get a double-double?

Dikembe Mutombo is the oldest player to score a double-double. He was 42 years and 289 days old at the time and was competing for the Houston Rockets against the Golden State Warriors. Mutombo scored 10 points with 15 rebounds.

Triple double, double-double, or more are parameters to evaluate the ability and performance of players in the same game. These factors are the best way for coaches to understand their strengths and develop the right tactics for their personnel. Hopefully, in the future, we will see more impressive numbers.