Unless you’re part of the hard-core basketball fans, it’s going to be difficult for the average spectator to understand the rules and mistakes of basketball. One of the most common mistakes made in amateur tournaments is carrying.

So, what is carrying in basketball? A carry is a basketball violation that occurs when a dribbler continues to dribble after letting the ball rest in one or both hands.

Carrying is similar to a double dribble where the player stops dribbling for a moment and then continues. In the case of a moving ball-handler, carrying is equivalent to traveling. Palming is another colloquial name for carrying, which involves gripping the ball with one hand, so gravity doesn’t affect your carry.

To learn more about the laws and information regarding the carrying violation, continue reading this article with Scott Fujita. 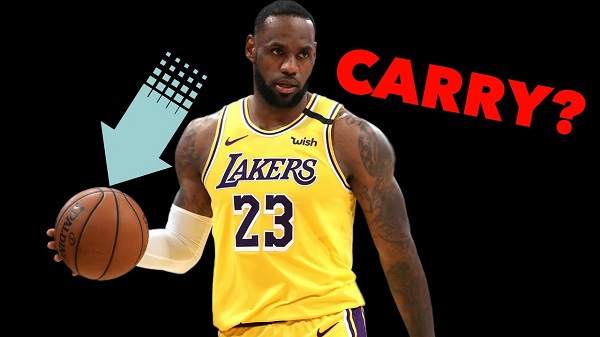 Definition of a carry in basketball

What Is A Carry In Basketball?

Carrying, known as “turning the ball over” or “palming the ball,” is an offense in basketball.

The ball handlers will allow their hand to flick underneath the ball’s plane or place it on the bottom half of the ball while dribbling. It will make the ball rest for a moment. If the server continues to dribble or move their feet afterward, it will be a violation.

View more: What is a field goal in basketball

If a player’s hand prevents the ball from going down or pushing the ball upward, they cannot move their feet or dribble. Otherwise, the referee has the right to call it a carrying phase.

To learn more about carrying, watch this video.

Different Variations Of A Carry In Basketball

Depending on the ball-handling process of the player, we can divide carrying errors into different categories. In some cases, we have a double dribble when technically stopping a dribble when you start carrying the basketball. Traveling is another example where you are still moving with the ball stops in your hand.

This section will give you an overview of the two versions of this basketball error.

This type of violation is widespread in most basketball games. A double dribble occurs when the ball handler is dribbling and the player’s hand is under the ball, causing it to stop.

If the player continues to dribble, it will count as a carrying error.

The referee calls it a double dribble because the player stops their dribble and then restarts it after it’s done.

Traveling is when the ball stops briefly while the player’s hand is on the bottom half of the ball while the player is still moving. Players choose to proceed with their feet instead of continuing to dribble. Some referees call this action traveling or carrying.

Hand Signal For A Carry Violation

After blowing the whistle, the referee will extend his hand with the palm facing up to issue a carrying call. He would then turn his hand upside down to copy the basketball players carrying the ball. The referee may repeat this action to notify the administrative staff.

What Is The Penalty For Carrying The Ball?

Both carry double dribble, and traveling has the same consequences. The penalty of the team making a mistake is a turnover. The referee will return the basketball to the opposing team at the point on the touchline closest to the spot where the mistake was made. This penalty only takes place when the referee detects and gives signs of fouling during play.

How Can You Dribble Without Carrying The Ball? 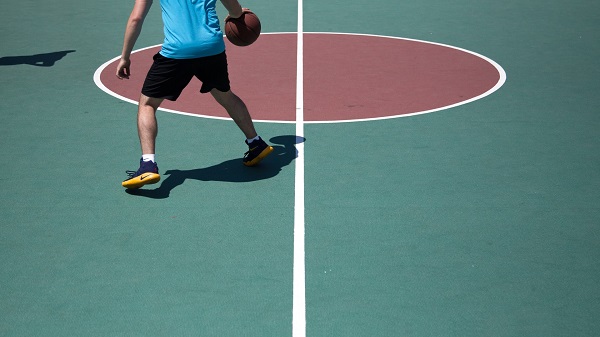 To avoid carrying violations when competing, you need to practice a lot. A trick that we often see in NBA players is to make sure your hands are always on the top or sides of the basketball.

With a dribbling player, they need to try to keep their palms facing up as much as possible. The complete practice of dribbling sometimes makes it difficult for you to perform some special moves in basketball. However, if you persevere, nothing is impossible.

Special Moves That People May Mislead Into A Carry

There are a few special moves that we often see at professional levels of basketball, such as the NBA. NBA referees need to have a lot of knowledge and experience to distinguish them from carrying errors.

The Hesi, also known as “Hesitation Dribble,” is a technique that can easily be confused with carrying if the player lacks the skill. You need to dribble down the field and get to the three-point line, making it look like you’re about to shoot.

You will have to fake a shot while dribbling. One trick is to act like you’re picking up the ball with your other hand, pause for a split second, and then resume dribbling. They all take place in one motion.

This move fools the opponent’s defense, so they have to get up and try to block your shot. This move is complicated and takes a lot of practice. Highly skilled players like Isaiah Thomas often use the hesitant movement in play to create many scoring opportunities. 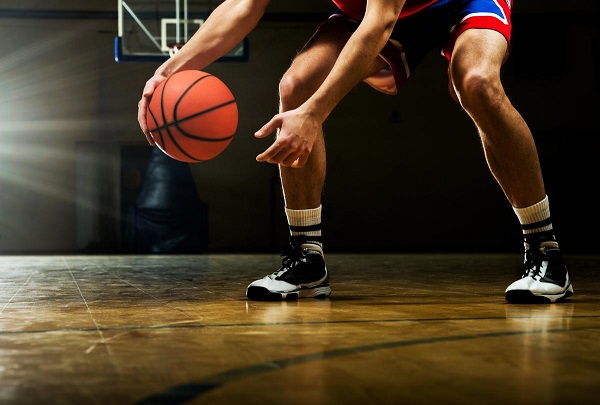 This move is widespread in today’s game. It happens when players try to take advantage of defenses and fool them by going one way rather than the other way.

Basically, to understand it, you’re carrying the ball on its way down and moving it the other way around against natural gravity.

The players in the attacking position will run and wait for play development while defending the ball. As the defense approached, they passed the ball to another teammate who was ready.

If the defender becomes aggressive and intends to steal the ball, the natural reflex of the dribbler is to squeeze the ball to gain control.

If a player is dribbling down the middle of the field during the transition, they may try to stop the opposing player in the open field.

For example, a right-handed dribbler would overtake an opponent by catching the ball from his right hand and throwing it over his left hand in an overhand manner.

Who Is The King Of Crossover? 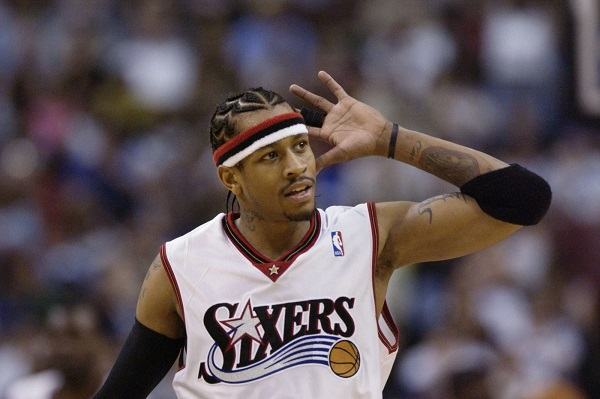 One of the best basketball handlers of all time is Allen Iverson. He overtook Michael Jordan in the 1997 rookie season to become a star. His crossovers are so magical that many believe it to be a carry in basketball.

Iverson’s crossovers are an extensive but fast exaggerated cross, moving from left to right and then blown away by his defense. Many argue that Iverson is the inventor of the crossover, but he personally feels these upgrades are necessary for his playing and competition.

Allen Iverson once admitted his legendary crossover was a kind of carry that went against NBA rules. However, he is still a Hall of Famer and is famous for that particular skill.

It is up to the referee to decide whether the action is indeed a breach. Until now, there are still many conflicting opinions and controversies about this unique dribbling technique.

What is a carry in basketball? Carry violation is an action that occurs when a player places his hand under the ball and causes it to stop in motion.

Usually, you will see this error more when watching young or amateur matches because the players are not entirely familiar with the ball at that time.

Carrying is very difficult to appear in professional leagues like the NBA. Here the players are too proficient in dribbling, and they can perform a few tricks to cover the referee’s eyes.

I hope this article by Scott Fujita has given you more exciting knowledge about basketball. Don’t forget to share if you find it useful. Thank you for reading.