What Is Traveling in Basketball? All You Need To Know About & FAQs

By Scott Fujita December 3, 2022
0 Comments
Scotttfujita.com is an informative blog for readers. The products in the article contain affiliate marketing links. We may receive a small commission when you make purchases through our links. You do not need to pay any additional fees for us. See our full disclosures here

Traveling in basketball seems like a basic concept. Nevertheless, many people have not yet got it. Are you one of them? You should not ignore this article.

Get this concept clear so you can put it into words when you’re trying to teach your 8-year-old son. So, what does traveling mean in basketball? Let’s find out with Scott Fujita through the following article.

What Is Traveling in Basketball?

Traveling in basketball is a very simple concept that any basketball player must know. It is a violation in basketball. Basically, the traveling violation occurs when you move with the ball without dribbling.

However, if you dig deeper into it, you will find it much more complicated. Here are three common cases where many players often violate the rule of traveling.

View more: What size NBA jersey should I buy

1. You receive the ball while moving

In this case, if you take three or more steps without dribbling, you will break the traveling rules.

To avoid this, you need to release the ball for passing or shooting the ball before taking more than two steps. If you already have one foot on the floor when you catch the ball, you will not take a second step.

2. You receive the ball while stationary

To find the direction of the pass and protect the ball, you can turn on one foot. However, you must make sure that this foot does not move.  This is the pivot foot.

When you catch the ball while stationary, if you move your pivot foot or take it off the floor or, it is traveling.

You can lift your pivot foot to take a shot or pass. However, you must release the ball before your foot hits the ground again. 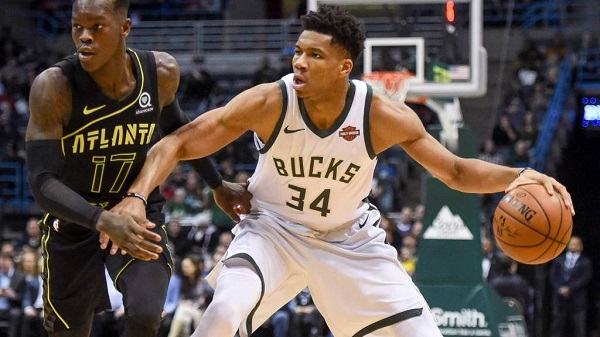 If a player receives the ball in a stationary position, this player must make a dribble before moving the pivot foot.

When you start dribbling, if you lift your pivot foot before you dribble, you will violate the traveling rules. To avoid this, all you need to do is release the ball before moving the pivot foot.

You can watch the video to better understand these three cases.

Related: What is a double double in basketball

The pivot foot is the only foot that must stay in place on the floor. You can think of it as the anchor of a boat! That means it has to be in a fixed position. The pivot foot can be the right or left foot.

You can move the other foot in any direction, just make sure the pivot foot does not slide on the floor. If you let the pivot foot move or let it leave the ground, you will break the traveling rule.

So what if you receive the ball in the air and land with both feet? In this case, you can choose either foot as the pivot foot.

Pivot foot can leave the ground when passing or shooting. However, you need to release the ball before landing.

Some Popular Examples of Traveling Violations in Basketball

We will provide some examples of traveling violations in basketball: 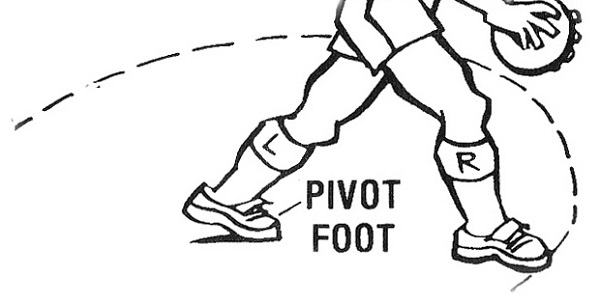 Players are turning for orientation and move their pivot foot

The Euro-step is a very useful move for offensive players in case the defenders close in on them. The player performs this move by taking two steps in two different directions after receiving the ball. By doing the Euro-step, you can distract the opposing defender.

If you’d like to take three steps instead of two after receiving the ball, you will commit the traveling rule. To better understand this move, you can watch the video. 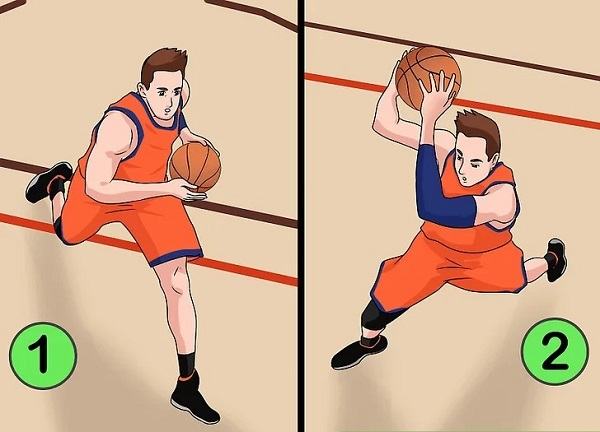 The Euro-step is a very useful move for offensive players in case the defenders close in on them.

There is no denying that the gather step allows players to easily approach the rim. A player can take three, four, or even five steps without dribbling.

You need to remember that the gather step is different from the first step taken when a player gathers the ball. Many people confuse this and violate the rule of traveling.

If a basketball player takes the step-back shot perfectly, he will be formidable. Step back shot is a pretty simple skill.  Many NBA players use it for different purposes such as jumping and throwing, passing, etc.

The main purpose of the step-back shot is to create space to score or attack the basket.

To perform this skill, a player needs to attack a defender with a difficult dribble. This is to distract the opposing defenders and cause them to step back to get in your way.

Once you’ve made sure that the opponent’s defender is back, you also step back too. You can then create a distance of seven to ten feet from the opposing defender. 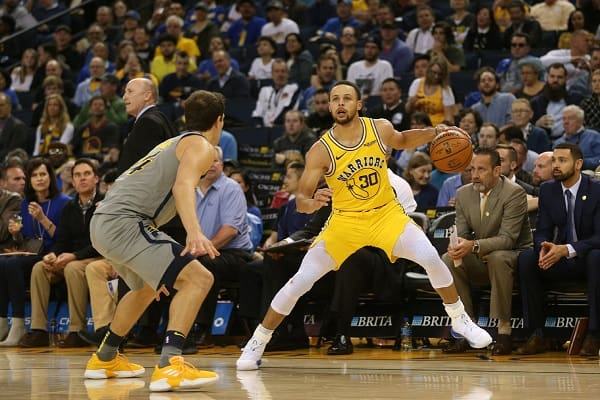 If a basketball player takes the step back shot perfectly, he will be formidable.

The late dribble is a basic skill in basketball. As mentioned above, if you receive the ball in a stationary position, you need to make a dribble before moving the pivot foot. 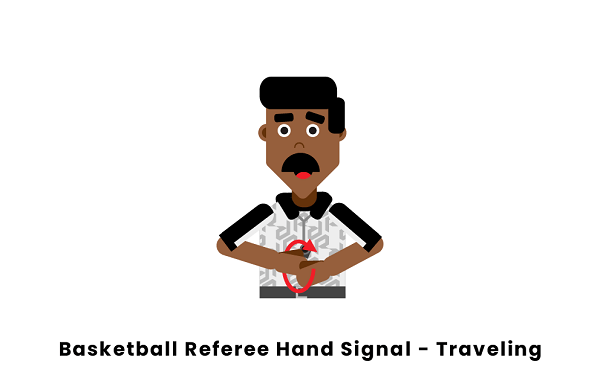 Most traveling violations involve the illegal movement of the pivot foot.

Therefore, you can take a step in any direction before performing the dribble. However, you need to make sure you release the ball before moving the pivot foot.

Many players sometimes move their pivot foot before making a dribble. That puts them in a traveling violation situation.

Up and under is a very common move in basketball. A lot of smaller players prefer this move to dodge players defending the rim or shot blockers. This move requires the player to have good footwork. Therefore, the players have to practice a lot to perform this move.

To do this move, you need to create a fake shot from a stationary position. The purpose of this is to distract the defenders and make them jump. After distracting the opponent, you will perform the real shot.

To avoid violating the rule of traveling, you need to release the ball before touching one foot or both feet to the floor.

1. When I receive the ball on the move, how many steps can I take before passing or shooting?

In this situation, you may take two steps in coming to a stop, passing, or shooting. If you take three or more steps, you will violate the rule of traveling.

2. Can I touch the floor consecutively with the same foot or both feet after gaining control of the ball?

The short answer is no.

3. What is pivot foot in basketball?

When a player holds the live ball, he can move one foot in any direction. Meanwhile, he has to fix the other leg on the floor. That’s his leg.

You can shoot or pass after taking two steps (these two steps are consecutive movements). If you stop and dribble, you need to hold the ball with two hands and rotate with one foot. You can lift the pivot foot, but you must release the ball before the pivot foot hits the ground.

5. Which foot should be my pivot foot?

Many people will give different views on this matter. In our opinion, if you are right-handed, your pivot foot should be the left foot. On the contrary, if you are “left-handed”, you should use your right foot as a  pivot foot.

In general, traveling in basketball is a violation. It can be difficult for you to get used to these rules at the beginning. However, over time, they will gradually become natural. You won’t even have to worry about them anymore.

More in Blog
What Is A 3 Second Violation In Basketball?
December 17, 2022