What Is Offsides In Football? Explaining The Offside Rule Of NFL

American football has a lot of different penalties and regulations that can be difficult for spectators to follow and recognize when new to the game. Some punishments are similar in form and seem to differ only in name.

The punishments that take place on the line of scrimmage are the perfect example. These include offside and false start. So, what is offsides in football?

In this article, let’s explore with Scott Fujita the definition as well as how to distinguish the two errors mentioned above. Let’s start! What Is Offsides In Football?

In American football, the offside is a standard penalty for defensive players to cross the line before the ball snaps.

The offside penalty for fouling players is five free yards. If the attacker can seize the opportunity, they will most likely get the first down.

The reason for this penalty is to prevent the defensive team’s early starting behavior. During the match, defenders are not restricted by their position before the start.

It wouldn’t be fair if the defenders could leave their position to chase the ball carrier before the attacking player leaves their standing position.

However, if the defender crosses the line but jumps back before the snap, he still doesn’t commit a foul.

How Many Penalty Yards Is An Offside Violation?

Before 1925, when a defensive unit was called offside, the offending side would automatically receive the ball five yards up and be awarded a first down.

However, the Football Coaches Association of America changed this rule in a meeting in December 1924. They removed the first down but kept the five yards.

For the attackers, many people also call this play “free play” because they can deny the penalty and take the yards received during the game. Conversely, when a false start occurs, the referee will stop the match immediately.

This difference makes attacking units always play riskier because the risk of interception is almost non-existent.

The offside’s 5-yard penalty applies to every league, from the NFL to high school and college leagues.

Are Offsides An Automatic First Down In American Football?

As a rule, an offside foul stipulates that the offense unit will immediately receive five yards.

If the defending team commits an offside foul when the play is third and four, the opposing team will immediately receive a first down. The main reason is that the five yards they get will almost certainly lead to a first down.

What Happens If There Are Offsides On A Field Goal Attempt?

If the attacking team is attempting a field goal kick and the opposing side fouls offsides, there will be some problems.

First, if the kicker attempted a field goal, the attacker would receive three points.

However, if the kicker misses his attempt to kick the ball, he or she will get 5 yards closer and kick the ball again.

Then, if this action can trigger a new set of penalties to get them first down, the attacking unit can come back. Besides, the special team can also return to the meeting. 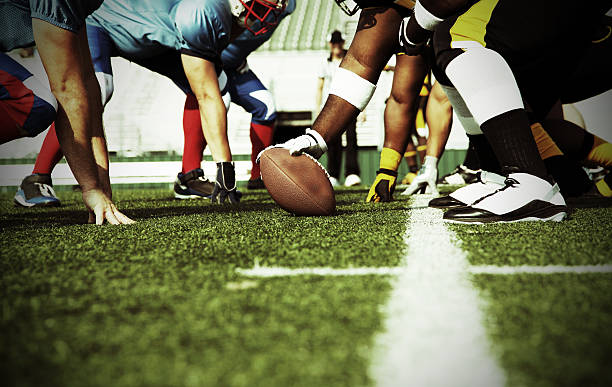 Two football teams facing each other

What Happens If There Are Offsides On A Punt Attempt?

When a team is trying to make a punt when an offside happens, a number of events take place.

Similar to the offside during a field goal attempt error, the attacking team will go out if there is a first down. The special team will move through the conference.

What Happens If The Defense Is Offsides Close To The Goal Line?

If the defenders make an offside kick close to the touchline, the attacking team can move the ball to the end of the field half the distance currently.

This penalty is quite serious, and so teams need to pay attention to not make mistakes during the game. It can change the game quickly.

Can A Defender Continue Getting Offsides To Prevent The Offense From Scoring Touchdowns?

In some cases, defensive teams will implement the strategy of repeatedly fouling offside to prevent the opposition from scoring touchdowns.

If the referee noticed that, they would have to issue rule 12.3.2. The rule states that it is the duty of the referee to warn the defending unit to stop the action.

If the cautioned team continues to ignore and commit the foul, the referee has the right to award the attacking team a touchdown table.

Why Do Some Teams Get Offsides?

Some teams can be offside if they don’t pay attention while playing. The defending team will get this error if the quarterbacks are running a hard count.

Normally, defenders will want to wait and time the ball correctly until the ball reaches the receiver and has the best jump against the attacker.

However, sometimes quarterbacks will change tactics, requesting hike calls and passes sooner or later than they expected. It is the time difference that can cause defensive players to move too soon and end up making mistakes.

How Does The Referee Signal Offside?

The referee will bend their arms and place them above the hips to signal offside.

They will then point to the defending team and read the number of the player who committed the foul.

Although the attacker can also make this mistake, that situation rarely happens.

If you have any questions regarding American football’s offside, read on below to find the answers. 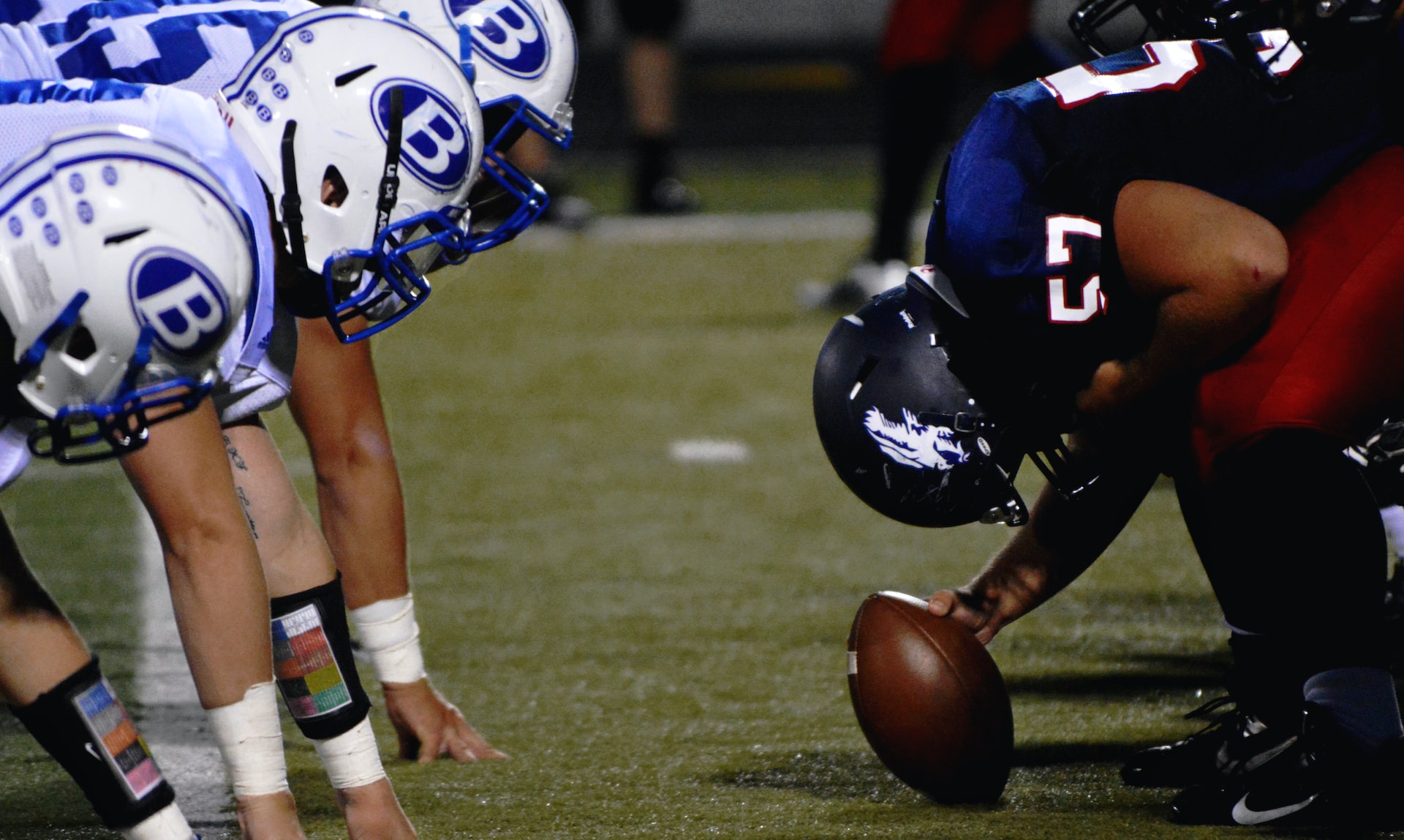 What’s The Difference Between False Start And Offsides?

Although these two errors look similar, they are quite different in rules.

An offside error occurs when a defensive player touches the neutral area during ball snaps. In contrast, a false start occurs when an attacking unit makes a match-simulation movement after it has stabilized.

The main reason for the false start rule is that it’s not fair to defenders. Cornerbacks usually won’t notice when the ball moves. So, if the wide receivers can move, it will be difficult for the opponent to know when the match will start.

Yet, false start also has some exception rules. Attacking players have the right to move their arms and shoulders if they don’t simulate the start of the game.

When Can You Not Be Offside?

If a defender accidentally jumps off the line of scrimmage but jumps back before the ball is snapped, they’re still not offside.

Does The Ball Have To Be Snapped For Offsides?

Yes, the offsets error only occurs when the ball snaps. As a result, there are many defensive players who realize their standing position over the touchline and correct it before this moment to avoid fouling.

Can The Defense Line Move Before The Snap?

The defense can line up anywhere on the neutral side. The player can also move freely before the snap begins.

However, all defensive players need to take their positions in the neutral zone before the ball snaps.

What’s The Difference Between Offsides And Neutral Zone Infractions?

Neutral zone infractions are a similar error to offsets. However, it does involve the defensive player deliberately going to the neutral area and stimulating the opponent to move to get them to commit a false start.

The referee will give a signal for a violation of the neutral zone. Conversely, if the attacking player does not react, the game will continue as normal.

Similar to offside, the penalty for neutral zone infraction is also a five-yard penalty. However, the referee will order the game to be stopped immediately before the snap.

What does offsides mean in football? Offside is a minor mistake in American football where defensive players cross the line of the scrimmage before the snap.

The result of this error is that the attacker gets a free play because they can pick five free yards right after. This advantage can quickly give them a first down.

The objective of this regulation is to ensure fair play. It also makes the game more dramatic as no player can take advantage of the gaps in time and space.

More in Blog
What Is a Cap in Soccer? The Correct Answer Is Here!
October 3, 2022