What Is FCS Football? The Correct Answer Is Here!

When referring to the college football play level in the US, people often refer to “FCS.” So what is FCS football? What does FCS stand for in football?

Scott Fujita will help you clear these queries!

What Is FCS Football? 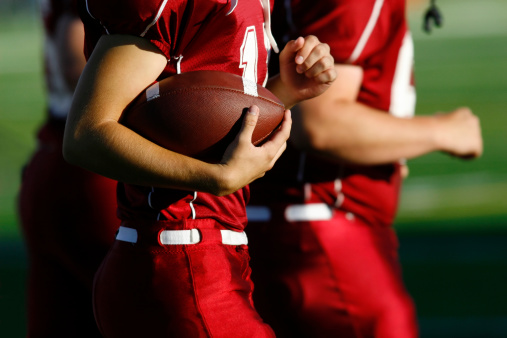 The FCS refers to the 2nd-highest level of college football in the US.

FCS (Football Championship Subdivision) is known as Division I-AA, which refers to the second-highest level of college football in the United States.

FCS is after the FBS (stands for Football Bowl Subdivision). The FCS is sponsored by the NCAA (National Collegiate Athletic Association), including 130 teams in 15 conferences, as of the 2022 season.

Since its inception, it has evolved and changed quite a bit over the past decades.

In 1981, eight teams were included in the playoffs. A year later, it expanded to twelve teams. This number continued to grow to 16 in 1986 and was maintained until 2010 before expanding to 20 teams. In addition, the championship location has moved to Frisco, Texas, and has stayed up to now.

The number of teams increased to 24 teams in 2013, and it is also the current format.

When Did the FCS Start?

Difference Between FBS and FCS

Different from other NCAA sports, Division I football consists of two divisions. It has been divided since 1978, following the creation of Division I-A as well as I-AA.

Since 2006, those parts have been known by a new name. Division I-A, the higher level, was renamed FBS. Meanwhile, Division I-AA, the lower level, became the FCS (stands for Football Championship Subdivision).

The key differences between these levels are the number of full scholarships players can give (63 for FCS and 85 for FBS) and the postseason format:

How Many FCS Football Teams Are There?

The FCS level includes one hundred and thirty teams.

The FCS level includes one hundred and thirty teams in fifteen conferences.

What Does FCS Football Stand For?

FCS stands for Football Championship Subdivision or used to be known as Division I-AA.

When Did FCS Begin?

The 1st I-AA championship was known as a tournament consisting of four teams in 1978. At this point, Massachusetts lost to Florida A&M 28 – 35 in a title game.

What Players Have Won the Most FCS Championships?

Appalachian State is the team that won the most FCS championships.

How Does a Team Get Into FCS Playoffs?

The field of twenty-four is divided into 2 different qualifiers: 14 at-large and 10 automatic.

The at-large qualifier is selected by the FCS Playoff Selection Committee, while the automatic qualifier is the team that wins one of the ten conferences that obtain automatic bids.

What Factors Does the Selection Committee Consider in The Process?

The committee might consider the individual team’s comparative data, consisting of :

This article has helped you answer, “What does FCS mean in football?”

Hopefully, this article was helpful to you. Do not miss out on other valuable articles about football, basketball, and soccer on Scott Fujita!

More in Blog
What Is Iso Basketball? Easy Basketball Guide For Beginners
September 27, 2022