What Is a Down in Football? Let’s Read to Get the Correct Answer

As a football fan, you might have heard of a “down” in this sport. So what is a down in football?

If you are wondering about this interesting question, let Scott Fujita answer it for you. So let’s read on to capture the correct answer.

What Is a Down in Football?

A down refers to the period where one play takes place.

A down in an American football game refers to the period where one play takes place.

Football is one of the unique sports as it features one start and stoppage behind each play. Each play will last only six seconds. Unlike other sports, such as soccer and basketball, football ref will blow their whistles when a player is tackled, which will then be signaled down to change by the ref.

Football Offenses have four downs to gain ten yards. Once they have received the ball from one kickoff and get tackled, the drive should automatically begin 1st and 10, meaning the offense will be on its first chance to get ten yards.

One of the best ways to think about downs in football is to think of the chance. First down refers to the team on the first chance to get ten yards. If this team gets yards, the ref will signal the down marker ref to move where the football is spotted.

For instance, if the offense runs the ball and does not get yards on the first down,  it should be 2nd and 10 on the following down. If the team keeps running the ball but gets no yards, it should be 3rd and 10.

If the team gains no yards again on third down, it should be fourth and 10. It is a cycle of how football works and what does a down mean in football (2nd and 5, 2nd and 3, and more.).

What Does a Down Do in Football? 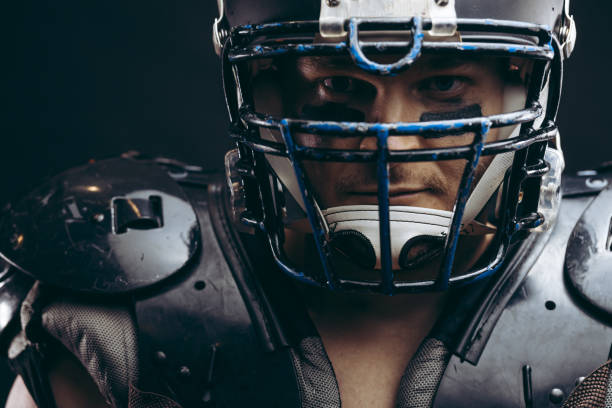 Football downs are trackers of field positions for football teams.

A down also allows the team to plan their next move. Relying on what down or what yard line they are on can decide what the defense and offense plan to do next.

What Is The First Down In A Football Game?

The number of yards could be less or more than ten yards if the defensive or offensive team is called for the penalty.

What Do 2nd Downs and 10 Mean in A Football Game?

For the NFL and college level, a 2nd and 10 means one team is on their 2nd down out of four and wants ten yards to gain a new four-down set.

10 is the number of yards this team needs to get the first down. If they cannot get it, it will be 3rd and 10, and then eventually a 4TH down situation. For instance, if the team can pick up 8 yards on 3 plays, the 4th down will be fourth and two.

Why Is Down Important In A Football Game?

Understanding the down in football would be the primary strategy in football. The coaches will want to gameplan correctly and remain calm when they coach the game. It will help them think clearly and pick the proper situation on gameday.

Downs are also critical, as if the player doesn’t execute correctly, he could put himself in a non-favorable situation.

Why Does a Team Elect for a Field Goal Kick on Fourth Down?

A team will kick a field goal on the 4th down as they attempt to gain three points from the current offensive drive.

This team will go for a field goal if they think their kicker features the leg strength to make it from the current spot. But if this player misses, the offensive unit of the defensive team will begin their 1st down where the team was kicking the field goal.

A down is critically essential to each team during the football game. What down teams are currently playing will often decide what action course the coaches choose to take next.

Thanks for your time!

More in Blog
What is Relegation in Soccer: The Rules Explained
November 24, 2022