Major League Baseball is one of the oldest sports leagues with more than 120 years of history. According to the flow of time, the stadiums associated with it also gradually become historical monuments. Some stadiums are on the US National Register of Historic Places.

What is the oldest baseball stadium in the MLB? The oldest MLB ballpark is the home field of the Boston Red Sox – Fenway Park. Officially opened in 1912, this stadium is still operating to this day.

Via this article, let’s take a closer look at the list of old MLB stadiums!

Baseball parks are not only venues for matches, but they also act as a spiritual symbol for the team. For players or fans, the home field is the second family. Its age is proportional to the history of the brand.

Are you wondering about the top 10 oldest MLB stadiums? Let’s explore below. 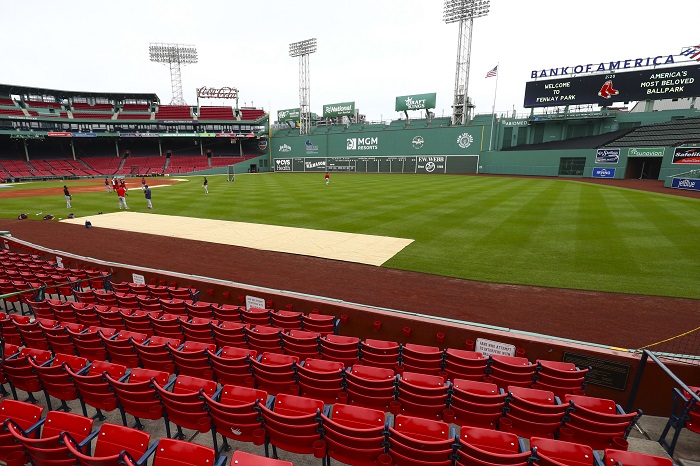 Boston Red Sox’s home ground is proud to be on the list of old baseball stadiums still standing in the US.

The highlight of this stadium is the 37-foot-high Green Monster left wall. In 1934, the board of directors decided to renovate Fenway Park in many areas, including a manually operated scoreboard.

Because of its long lifespan, the size of Fenway Park is not too impressive. It is one of the minor stadiums in the Major leagues.

One of its attempts to alter its space occurred in 2001. John Henry’s new ownership group made notable additions, like the “Monster Chair” at the top of the left wall. This change increases the overall capacity of Fenway Park by 4,000 seats. 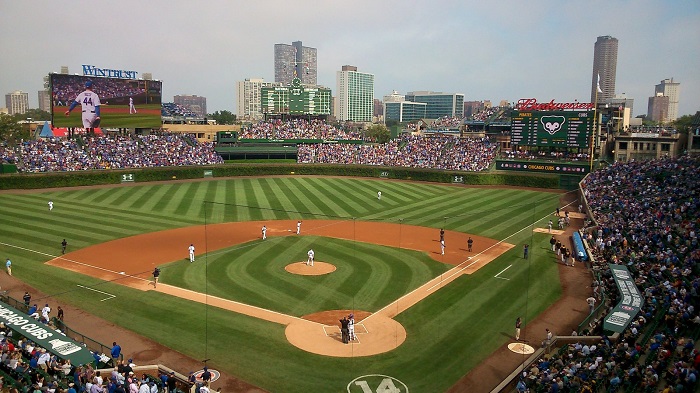 Wrigley Field is among the oldest ballparks in the National League. Before its current name, this stadium was once called Weeghman Park and Cubs Park.

It wasn’t until 1927 that it officially became Wrigley Field when gum maker William Wrigley decided to change the name after his company.

That change is not the only reform. The owner also moved the stand to the west and added an upper floor to complete the renovation.

The ivy growing on the courtyard wall was the main tourist attraction of Wrigley Field after 1934. In addition, they also had a spot to hang their first World Series championship flag as an honor. 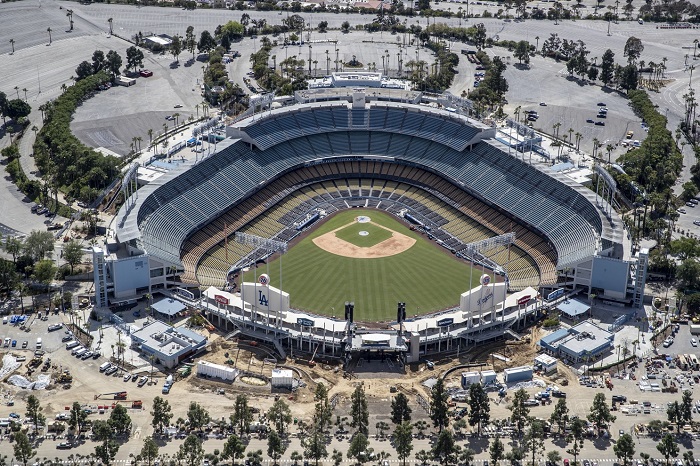 Since its first opening in 1962, Dodger Stadium has received more than 147 million visitors. There is no doubt that this is the sanctuary of baseball fans.

The host club – Los Angeles Dodgers – also has outstanding success in its career. They topped the 3.85 million mark in 2007 – a franchise record number.

Not only famous for its long and rich history, but the attraction of Dodger Stadium also comes from the romantic and unique scenery. The architects designed this MLB stadium carved into the hillside of Chavez Ravine.

You can see the San Gabriel Mountains to the north and central LA from the south from here. 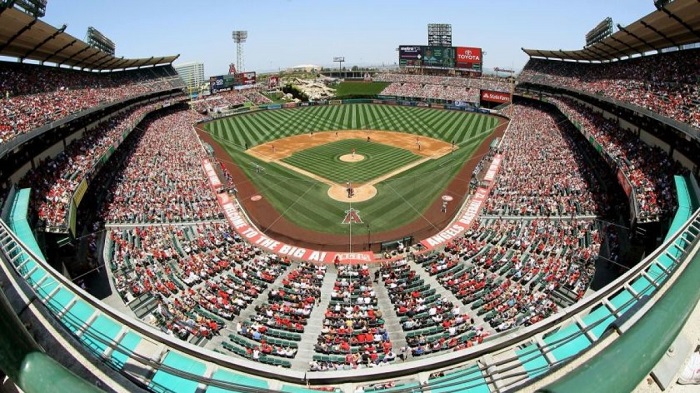 Anaheim Stadium was a baseball-only facility in the mid-1960s for the Angels of the American League.

In 1980, it was renovated to turn Angel Stadium into a multi-sport arena. It was also the home ground during the Rams’ 14-year stint. In an effort to renovate, investors increased the number of seats by 23,000.

Angel Stadium and the Rams’ contract ended in 1996. Since then, it has become a ballpark dedicated to baseball games. 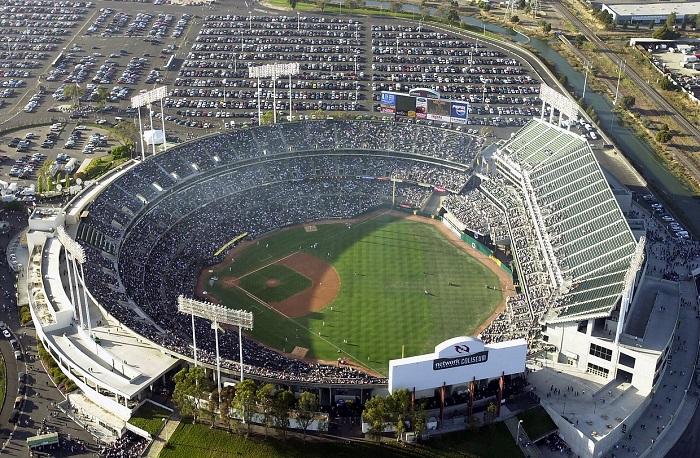 RingCentral (formerly Oakland Coliseum) is located on the west coast of Oakland. It is among the oldest baseball stadiums until now and the home of the Oakland Raiders and Oakland Athletics.

Being a multi-purpose stadium, RingCentral doesn’t have many ideal conditions for a perfect baseball-only stadium. Things changed in 2020 as the Raiders moved their new arena to Vegas. 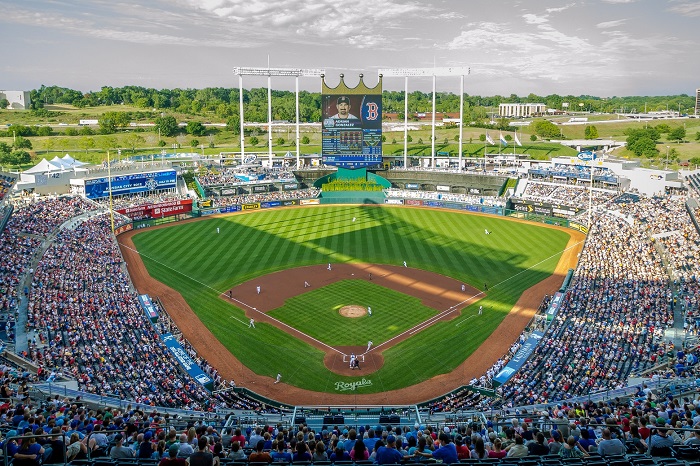 When we think of Kaufman’s stadium construction, we immediately think of the fountains outside the right courtyard wall.

They built the field along with the Arrow Head Stadium – the home field of Kansas City Chiefs. The unit responsible for the construction is Kivett and Myers company.

Seventh on the list of oldest stadiums is Rogers Center, also known as SkyDome.

The stadium became one of the first modern sports facilities with a movable roof through its intricate track design. It is located at the foot of the CN tower with a futuristic look.

The hotel located outside the football field is also a tourist attraction with rooms overlooking the game field. 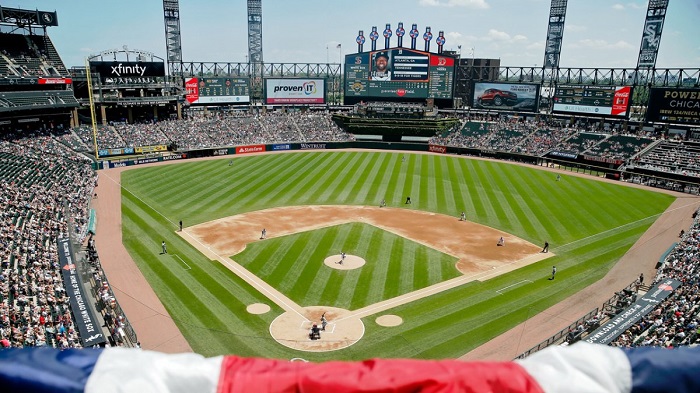 One of the decisions the White Sox will regret is that they opened the ballpark before the arrival of Camden Yards. The opening baseball game for this stadium left White Sox fans heartbroken as the team was crushed 16-0 by the Detroit Tigers.

Over the years, Guaranteed Rate Field has gone through various renovations and tweaks to enhance the fan experience. These changes are commendable. 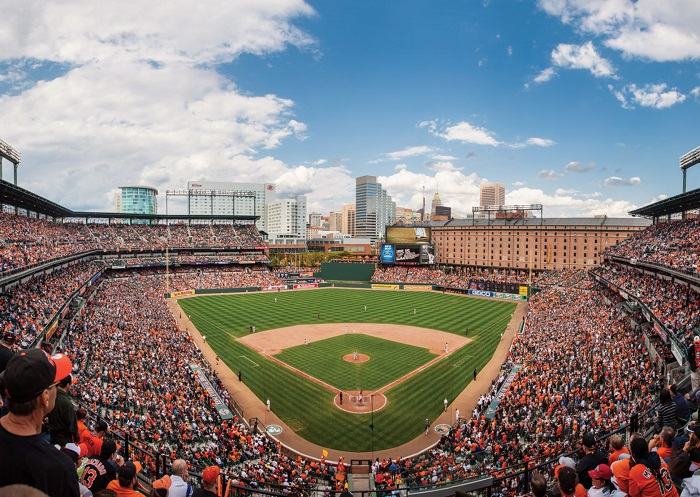 The official Major League park of the Orioles – Oriole Park – officially opened in 1992, right in the heart of Baltimore.

It is located in a prime location. The stadium is just a 12-minute walk west of the City’s Inner Harbor and two blocks next to the birthplace of baseball legend Babe Ruth. 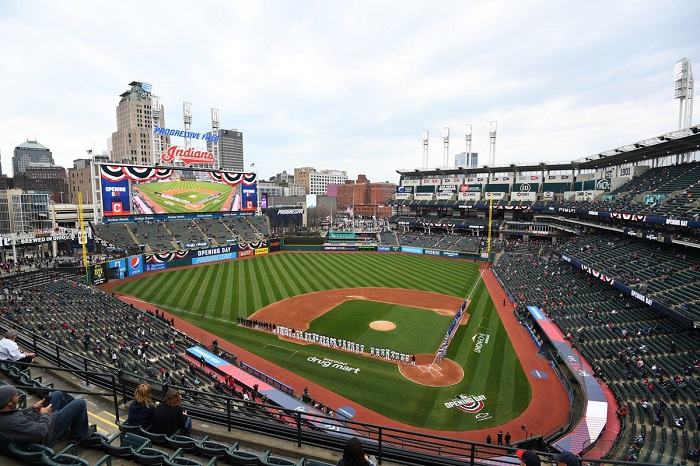 The Indians have moved to Progressive Field after decades of being with the Municipal Stadium. Right here, they opened new pages of history and turned this ballpark into one of the most popular football fields of the decade.

The new park changed the franchise’s fortunes. The Indians, who had lived in the cellars of the American League Center for years, made it to the World Series in two of the park’s first three full seasons.

This section will help you learn more about the old baseball fields of the MLB tournament.

1. How about other ballparks? When did they open?

The list above is just the top 10 of the oldest baseball stadiums in history. Check out the list below to see the starting years for all the remaining fields.

In all of this list, 25 stadiums use natural turf. The remaining ballparks use artificial grass. 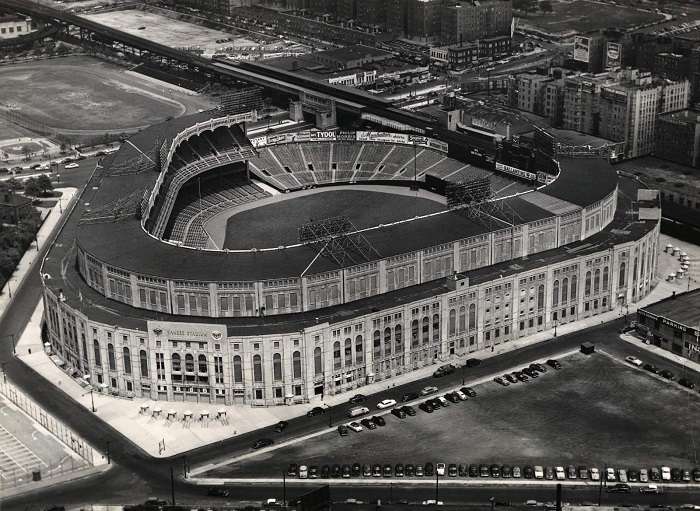 2. Was Yankee Stadium one of the oldest ballparks?

The old Yankee Stadium has a long history, but it doesn’t qualify for this list because it’s shut down. Opened in 1922-1923, both the New York Yankees and New York Giants shared the Polo Grounds here.

3. Is Tropicana Field one of the oldest baseball stadiums?

While Tropicana Field opened in 1990, it didn’t host the Tampa Bay Rays until 1998. It is why we didn’t mention it in the list.

Every baseball stadium comes with a story and unforgettable memories, especially for the fans of the club. They are also historical witnesses to the veteran tournament with hundreds of years old in the US.

Hopefully, this article has helped you get more interesting information related to vintage ballparks. What is the oldest mlb stadium? Please share with us!

More in Blog
Lionel Messi Vs Pele: The Legends Of International Football
December 15, 2022