Ever since James Naismith created basketball in 1891, perhaps he did not expect that the sport would become so popular. Loyal basketball fans closely follow the games from the NCAA to the NBA, and the maturity of the players.

The dramatic and unpredictable nature of basketball is a great material for impressive cinematic footage. From light comedy or family dramas to real-life documentaries, there are basketball movies to suit the taste of everyone.

If you are looking for the best basketball movies on Netflix or Amazon Prime to watch this weekend, Scott Fujita has it all for you. Check out the list of the most impressive basketball films here. Let’s read on to discover!

A Full List Of The Best Basketball Movies Ever

The list below summarizes the most impressive basketball movies of all genres. Let’s explore right below to get the complete March Madness experience. 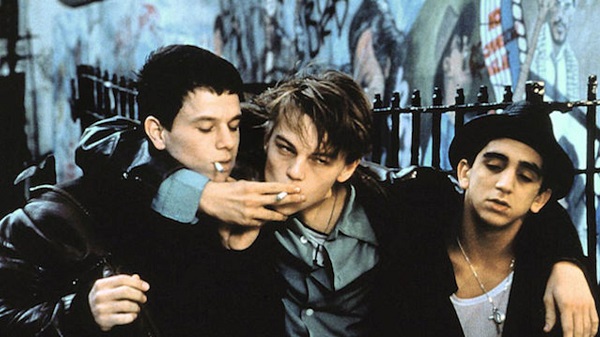 When watching The Basketball Diaries, the audience will see the young Leonardo DiCaprio as a high school basketball player. While the star’s on-the-court skills aren’t exactly impressive, they should not affect your viewing experience much.

The main reason is that the content of this 1995 film is not really about basketball; it is a much more serious and profound story. Based on the autobiography of the same name by poet Jim Carroll, we witness the fall and destruction of a potential college basketball star.

His head coach sexually abused carroll and then fell into drug addiction with no way out. Basketball, while it may be an escape for many, plays an opposite role here.

You can watch the teaser here:

While Gates came from a wealthy background and attended a prestigious private school, Agee did not qualify. He chose to attend a public school to play basketball. The film closely follows their growth and success

Hoop Dreams depicts two inner-city kids’ difficulties, from small things like poor grades to systemic racism. Basketball is their ray of light and hopes to guide them towards a better future. 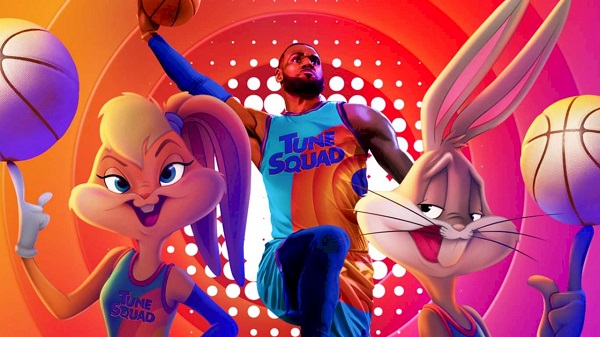 If you are looking for the best basketball movies for kids, consider Space Jam. This cinematic masterpiece is a timeless classic and is loved by every basketball fan.

What other idea is as bold and genius as the combination of Michael Jordan and Looney Tunes? This movie is sure to bring excitement and joy to every child, and adults are no exception.

Join one of the world’s greatest NBA players in a unique basketball game with the MonStars aliens. The friendly and easy-to-understand plot is the most attractive factor, accompanied by the soundtrack.

Cornbread, Earl, and Me

The setting of this sports film is a heavy rain to start a sad story. Nathanial “Cornbread” Hamilton is a promising young star who could have shined at the basketball court, if the accident hadn’t happened. The police accidentally killed him because he was mistaken for a criminal.

The inspirational story of basketball has now turned into a nostalgia for disappointing courtroom proceedings. The value of the film is still pervasive to this day as a wake-up call to the injustices of society. 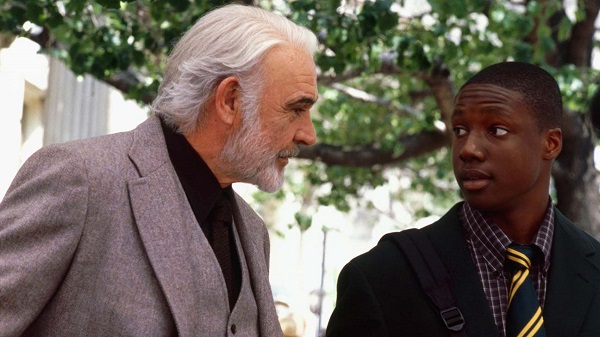 Jamal (Rob Brown) is a young black man with great potential in basketball. However, his chance meeting with William Forrester (Sean Connery) opens another chapter in his life. Who would have thought that this young man would soon be the owner of the prestigious Pulitzer Prize?

Playing basketball doesn’t play much of a role in this movie, but it has a transformative spirit. Jamal’s journey challenges stereotypes and reminds us that a book should not be judged by its cover. 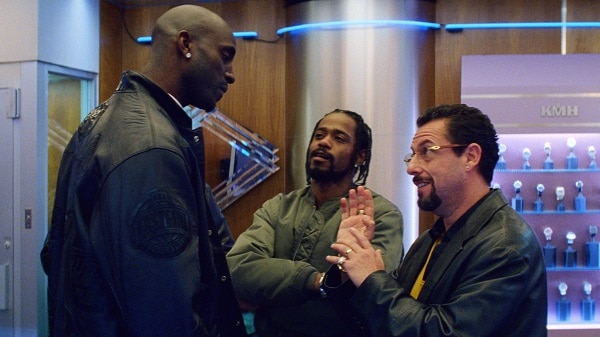 Uncut Gems is a basketball movie that can give viewers the feeling of extreme tension.

The audience will follow Sandler, a jeweler who loves gambling, on a nerve-wracking journey. Chaos, guns, drugs, and sex followed. Kevin Garnett’s appearance in the lead role created a huge buzz for the film. 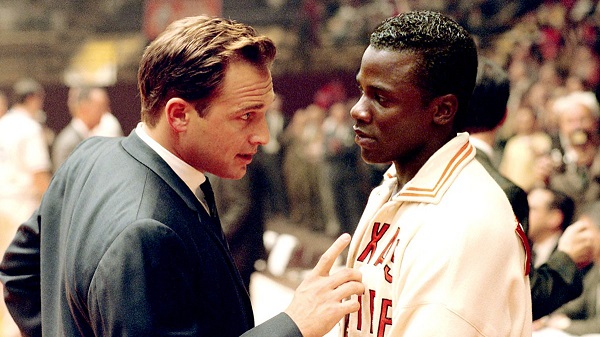 Another based on a true story film on the list, Glory Road is set in 1966. The film focuses on Don Haskins and coached the first all-black starting lineup in NCAA basketball history.

His team has faced heavy racial prejudice during the game. However, they received the sweet fruit when they defeated the all-white basketball team from the University of Kentucky. With the participation of a strong supporting cast like Josh Lucas, Jon Voight, and Derek Luke, the basketball scenes here make a strong impression on viewers.

You can watch the trailer of Glory Road here: 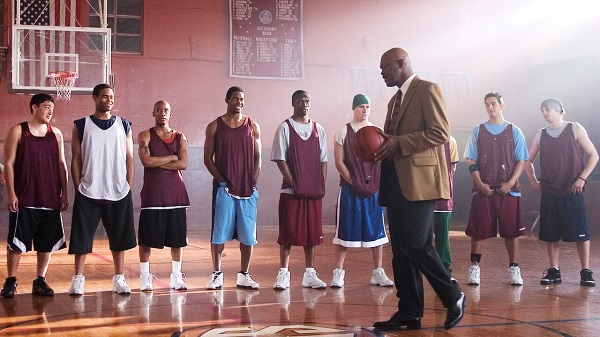 More than a basketball movie, Coach Carter is also a story where each individual overcomes his own difficulties with the help of his teammates. Samuel L. Jackson is a high school basketball coach who not only focuses on basketball, he also acts as a friend and life teacher for each member.

The undefeated team from the city of Richmond is a collection of people with different problems. However, they always solve problems together and succeed through unity.

Coach Carter not only brings a warm feeling in the heart, but also brings viewers back to the enthusiasm of youth. A really good movie to watch. 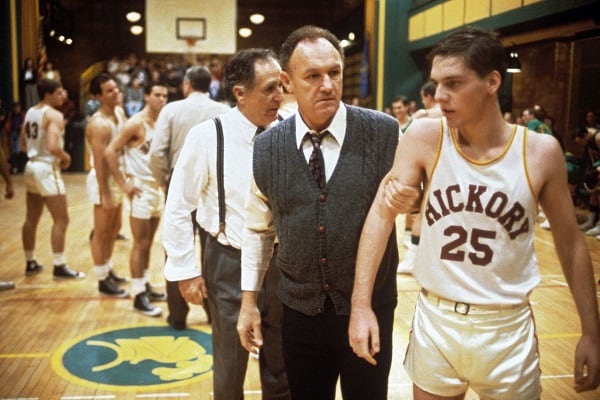 Hoosiers is one of the brightest gems when it comes to basketball films that revolve around college basketball. This inspirational movie revolves around a basketball team on their way to achieving their biggest goal, the state championship.

The Hoosiers story is simple and accessible, no matter what sport it takes. Audiences are even more empathetic when watching the film if it connects it to a true story involving the Milan High School team and their efforts in 1954.

The team’s head coach is handled by Gene Hackman, and we can not miss Dennis Hopper’s Oscar-worthy performance. The Library of Congress also selected this film for preservation in the National Film Registry. 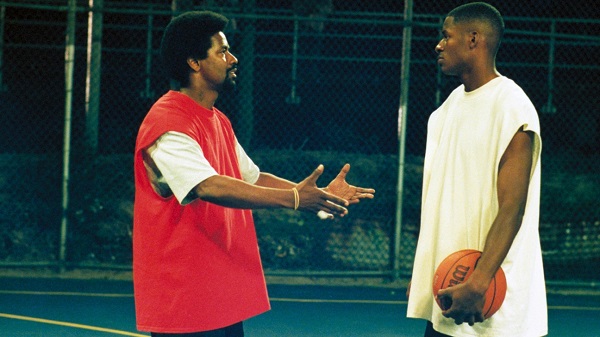 It is a pure and organic basketball movie. ‘He Got Game’ is about Jake Shuttlesworth (Denzel Washington), a man who is in prison for killing his wife and son Jesus (Ray Allen). The young Jesus has a bright professional basketball career with many recruitments.

The trouble only began when the Governor offered to reduce his sentence and temporarily release Jake if he could convince his apathetic son to join the governor’s alma mater.

This film marks the debut of future NBA Hall of Famer Ray Allen. He excellently portrayed a young man with worries and conflicts between his past and future. 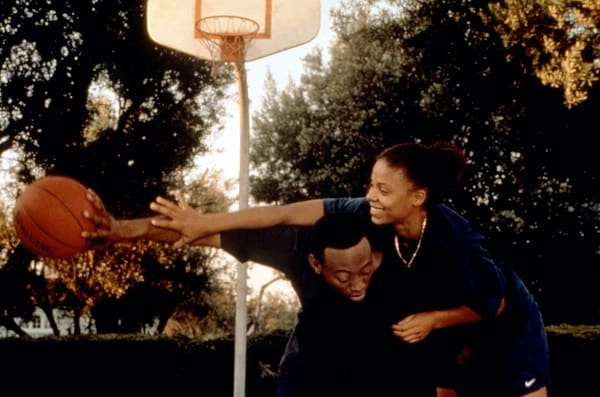 A classic love story involving basketball and the fragile emotions of adolescence. “Love And Basketball” is about the relationship of two young friends Monica (Sanaa Lathan) and Quincy (Omar Epps). Their flirting and emotions are revealed through one-on-one matches on the asphalt.

Without too many basketball skills or dramatic matches, “Love And Basketball” focuses on life stories and profound lessons learned. The maturity through each film in the couple’s relationship is an attraction for the audience when watching the movie. 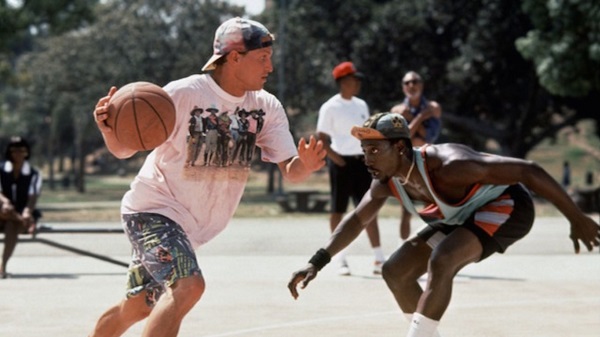 The sound of chains crashing while moving and the non-stop trash-talk are the unique features of White Men Can’t Jump. The audience will get to know two white boys shorter than 6 feet, Woody Harrelson and Wesley Snipes. The duo’s confidence and quick wits make for a fun and entertaining street basketball experience.

By cleverly setting up interesting mind battles, the duo constantly fools other players into thinking they are unskilled. Many fans consider Harrelson and Snipes to be cinematic role models inspired by Scottie Pippen and Michael Jordan.

Check out the trailer of this film here:

Hopefully, this list of basketball films we recommend will help you get the best cinematic experience. Each movie bring viewers different emotions, but all are complete and worth it.

Take the weekend to enjoy them with your loved ones or friends; we are confident that these movies will not let you down. Don’t forget to share this list if you find it useful and interesting. Thank you for reading!