What Is a Tight End in Football? In-Depth Explanation in 2022

By Scott Fujita September 25, 2022
0 Comments
Scotttfujita.com is an informative blog for readers. The products in the article contain affiliate marketing links. We may receive a small commission when you make purchases through our links. You do not need to pay any additional fees for us. See our full disclosures here

“Tight end” in football is one of the critical positions in the modern-day offense. This position is required to own a skill set that combines multiple positions.

This position is not a running back, not a tackle, and not a wide receiver. Instead, it is all of those rolled up into one. More often than not, this position supports the quarterback as a receiver when no other option is available. Besides, it can certainly lead the block effectively as a fullback would.

What Is a Tight End in Football? 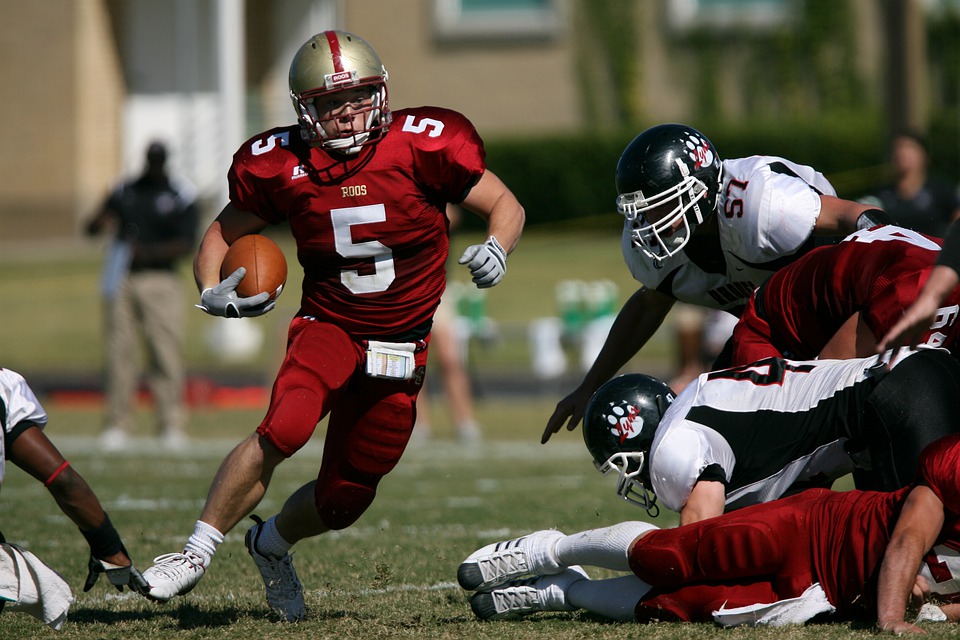 The tight end in football is one of the crucial positions in the modern-day offense.

The tight end position is required to catch passes from the quarterback and block for the running backs. This position is a hybrid between wide receiver skill sets and an offensive lineman.

To be clear, “Tight end” is one of the offensive linemen positions. They are usually considered “hybrids” as they combine the tackle’s ability to block and pull defense players during screens, traps, and sweeps, but they can also get the ball and split out like a wide receiver.

In other words, tight-end players might be sturdy blockers who are also eligible to receive the ball. When all the receivers are covered, tight ends are there to assist quarterback players.

What Does a Tight End Do in Football? 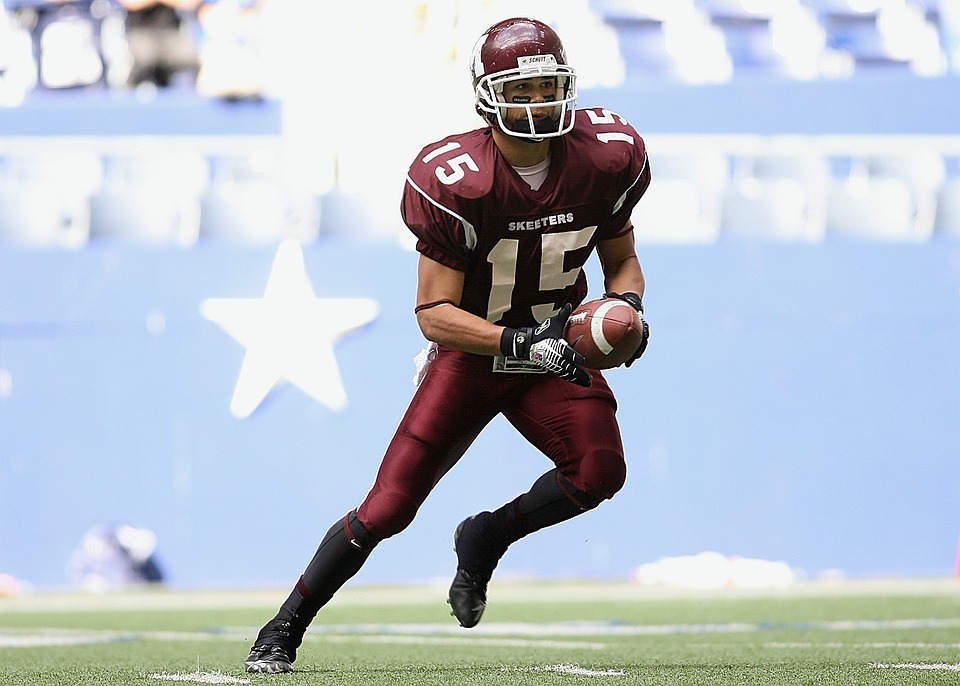 The tight-end player is a core member of the 11 offensive men.

The tight-end player is one of the more versatile positions on the offensive side. They are considered hidden weapons as most of their work goes unnoticed.

Although the tight end doesn’t receive as much credit as wide receivers, the quarterback, or the running back, tight ends arguably do more work than all.

The tight-end player isn’t definitely the best one on their team in each aspect, but they need to be big and versatile. This position has become much more important in current football.

Looking at what a tight-end player does, we can see three main jobs: receiving, blocking, and rushing.

What Makes a Good Tight End in Football?

Athleticism is an essential factor for tight ends and any other position in football.

Athleticism can give you an edge over the competition. It includes everything, such as speed, endurance, agility, coordination, vertical, and power.

It will be challenging to receive the ball if you do not own reliable hands. Many veteran coaches believe that having good hands helps a tight end get noticed. 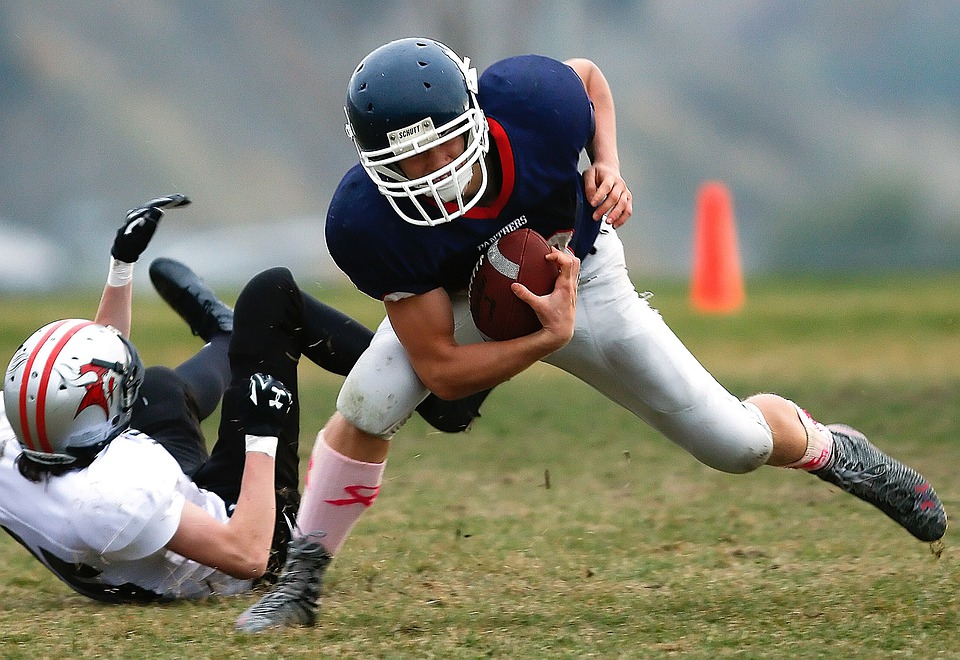 A tight-end player is usually big and strong.

To many people, tight ends are supposed to look intimidating, which is precisely what we have seen in the NFL lately.

The tall frame is handy, such as making tight ends prime real estate in the red zone because it is a bigger target.

It also makes the player more challenging to bring down when they have the ball, harder to get around when blocking, and harder to push around.

Like blockers, strength is needed for tight-end players. Most linebackers and defensive ends have the same size.

So if not bigger, strength helps you match up with anyone no matter their size.

Without strength, opposing defender players will find it easy to work around you and get to the running back or quarterback.

Also, strength will benefit when targeted in the red zone. So it can make a significant difference when on a football field.

This factor is also essential to keeping a player when blocking. Without it, they will likely find themselves on the course when the defender whips past them in pursuit of the running back or quarterback.

Besides that, it is crucial for players to release when running a route. The better footwork a player has, the easier it is to fool the defender and make the separation.

Why Is It Called Tight End?

The name comes from where these offensive positions line up on the line of scrimmage besides the tackle.

These players typically line up near the offensive line, which is the “tight” phrase. Also, they line up at the end of the line, making the term “tight end.”

Who Guards the Tight Ends?

Usually, a linebacker guards a tight-end player during a drag route pass play.

Is The Tight End a Good Position?

The tight-end player is an essential member of the 11 offensive men on the football field. This player blocks defensive players and can become wide receivers. They need to be strong and large to block defenders and be good at catching passes and running routes.

Who Are the Best Tight End Players Of All Time?

Here are the 5 greatest tight ends in football:

What Are the Average  Weight and Height of Tight End Players?

A tight-end player is approximately 230 pounds in weight and 6′ 3″ tall. Besides being strong and big, these players must have great hands and be quick.

We hope to have cleared your queries regarding tight end positions in football, such as “What is a football tight end?” or “What does the tight end do in football?”

Scott Fujita still has a lot of other helpful posts related to football, basketball, and soccer. So don’t miss them!