What Is A Striker In Soccer? A Detailed Guide On The Position

Soccer, the king sport, always attracts the attention of millions of people around the world. Familiar names like Cristiano Ronaldo, Lionel Messi, Neymar, or Robert Lewandowski are the idols and dreams of most of us.

They are remembered for their superb goal-scoring ability as well as playmakers in important situations. Their position on the pitch is usually striker.

So, what is the striker in soccer? Discover more about this position with Scott Fujita in this post! 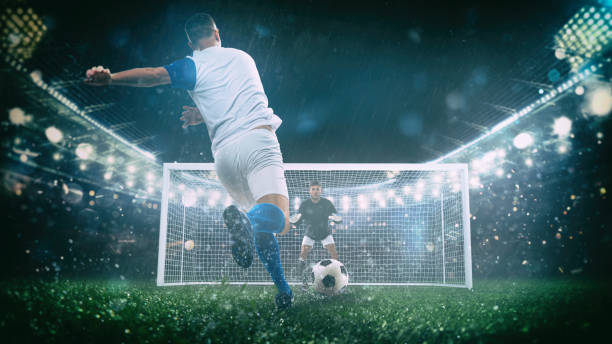 What Is A Striker In Soccer?

A striker in soccer is the position where the player stands closest to the opponent’s goal and takes on the role of scoring for their team. The striker comes from the fact that this player will strike the ball when trying to score.

A strike will start from a header or a shot on the opponent’s goal. Players with great technique can control the flight of the ball.

Besides the biggest responsibility of scoring, these players sometimes also make passes to increase the success rate of the shot.

What Position Does A Striker Play?

What does a striker do in soccer? To observe the game in the most thorough way, you need to understand the position and role of the players on the pitch.

In this article, we will focus on the striker position. Usually, this player is the one standing near the goal of the opposing goalkeeper.

Of the 11 players on the field, this player usually wears the number 9. Their position will also sometimes be between forward and winger positions. On the pitch, the striker will play in front of the center forward and attacking midfielder.

This special position gives them a bird’s eye view of the entire pitch and the movements of other players. Strikers can spot effective scoring or assist opportunities and go there to assist.

Their main responsibility is to score goals for the team. Therefore, they need to be in the front furthest, and most accessible to the goal.

The striker isn’t the only player on the team who can score. In fact, even the goalkeeper can make up the score in some special cases.

However, these players are expected to score the most points to win.

The players in charge of this task need a quick mind and high technique to seize every potential opportunity and pass. Besides, they also don’t need to frequently return to support and defend other areas.

The main reason for this arrangement is to optimize time. The fact that strikers often have to run back and forth for long distances will make them tired and miss passes from teammates.

The tactic is to keep strikers in the position where they usually operate. 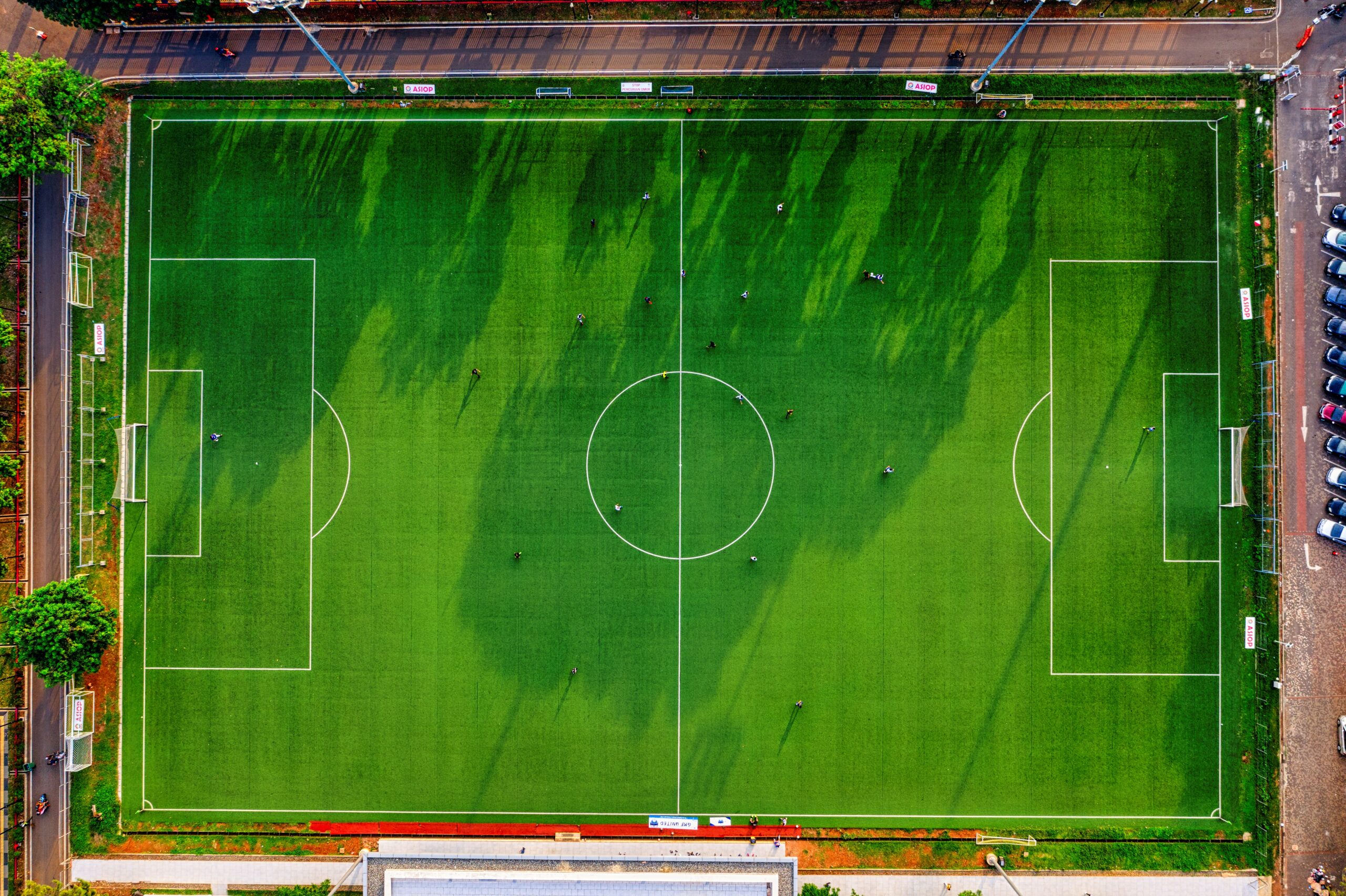 Striker is the most praised if he shines on the pitch. However, they are also the ones who are under the most pressure and are closely monitored if they miss opportunities or drop their form.

So, how to play striker in soccer? To perform well in this pressure position, you need to meet some of the following conditions.

Stay In The Position

Some players have a mission and are expected to move to many areas while playing, but strikers do not. You’re better off just standing still and active where the coach tells you to.

Be Aware Of Defenders

The fact that a striker stands too close to the goal will create invisible pressure on the opponent. So the defenders of the opponent will find a way to approach and pull you away from that area.

You will need to be alert and aware of this in order not to break the formation tactically.

Before the match begins, you should spend some time learning about the opponent you will encounter. Let’s identify the weak and noticeable points to focus on exploiting and gaining an advantage for the team.

No matter how natural you are, you can’t improve your skills without practice.

In your free time, watch and learn techniques from other famous players and athletes. You can also participate in soccer summer camps to practice more and familiarize yourself with many different situations.

What Is The Difference Between A Forward And Striker?

Sometimes, many people often confuse striker and forward. Some places even believe that these two positions are equivalent and interchangeable.

In fact, striker and forward are two separate terms. They still have similarities but the responsibilities of the players will be different.

The biggest similarity between the two terms is that they both refer to positions in soccer. However, forward has a broader meaning.

Basically, forward is a common noun to refer to all players whose position is close to the opponent’s goal. Their goal is to seize the opportunity to create a pass or score a goal.

There are many positions that can be considered forward such as:

These players are all capable of attacking and putting great pressure on the opponent’s defense.

Sometimes, some positions will have the task of observing and passing the most accurate balls to teammates. They are not necessarily the ones closest to the goalkeeper, but the responsibilities are similar.

Do Strikers Play Defense In Soccer?

Sometimes, teams will have diverse tactics and formations to deal with many different situations. One of them may require strikers to play defensively.

A good player needs to be able to defend their standing area until they have the ball. Yet, that doesn’t mean chasing the ball all the way to the middle of the field.

Instead, strikers should stay where they are and wait for the opposing defender to come in. They also need to be ready for teammates’ passes.

Running too far away from goal only causes strikers to waste time and energy. Their responsibilities are very important and should focus solely on scoring.

If you still have any questions regarding strikers, read on below. 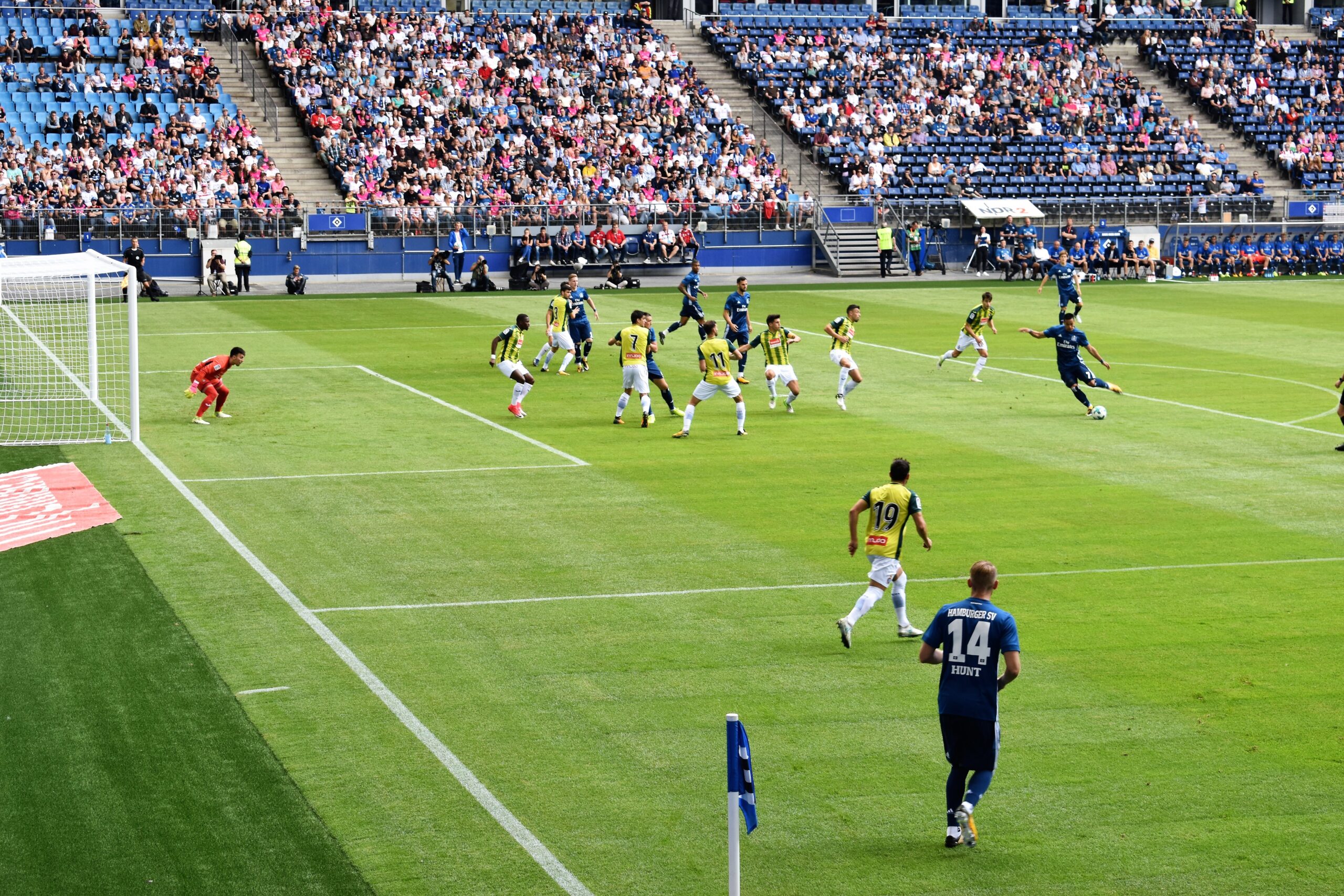 What Do You Call A Striker In Soccer?

In soccer, strikers have many nicknames and names. Some of the names may seem confusing, yet they are very popular with the mass audience.

Is Striker A Hard Position In Soccer?

What position is a striker in soccer? There is no doubt that strikers are one of the most difficult positions in soccer.

Their active areas are often the toughest areas of the game. These players often have to be ready to take chances, create passes, and escape pressure from strong defenders.

People will judge the performance of other players by the combination of attack rate and success bedroom. However, the only difference between strikers is their ability to score goals or their impact on creating chances.

The tension of the striker is always at a level that is difficult for any player to match. Perhaps the position with the same level of pressure is the goalkeeper in penalty shootouts.

What Do Scouts Look For In A Striker?

Many people wonder how to be a good striker in soccer. In fact, coaches and scouts look for the following qualities in an attacker:

Is The Striker The Only Soccer Player Who Can Score A Goal?

No. Any player playing on the pitch can score, including the goalkeeper. The striker is just the one most likely to do it because of the position and the qualities involved.

What Is The Difference Between Striker And Winger?

The difference between a winger and a striker in football is their position on the field.

A striker plays in the middle of the field closer to the opponent’s goal than any other player on their team. A winger plays on the pitch near the touchline, and their role is to support the striker.

What is a striker in soccer? These players often stand in the middle of the field and closest to the opponent’s goal to be able to score goals or create passes for teammates.

Their responsibility to the team is huge. So these players are often the stars of the team. After reading this article, pay closer attention the next time you watch the Premier League, La Liga, or Serie A. You will easily recognize this player!

More in Blog
How Much Do NBA Refs Make? You May Be Surprised
October 13, 2022