Age really has a strong influence on sports. The players in the NBA typically have a career average of 4.6 years. Unlike the NFL, where a team can have up to 53 players, an NBA roster can consist of only 12 to 15 positions.

The competition is high, and as more and more young talent shines each year, it will be challenging to see middle-aged men in the NBA championship.

Who is the oldest player in the NBA 2022? The oldest active NBA player is power forward Udonis Haslem of the Heat at 41 years old.

In contrast, the youngest active NBA player is Joshua Primo, a San Antonio Spurs guard. He was born on December 24, 2002, and is currently 18 years old.

Although the number of U40 NBA players is not much, it is not uncommon. In this article, let’s learn about the top 10 of the Oldest player in NBA with Scott Fujita. 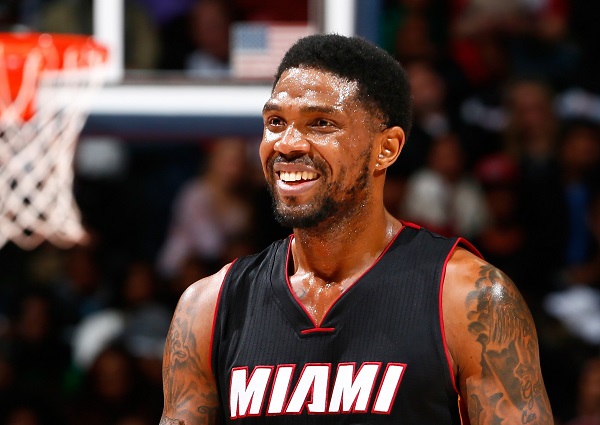 The Oldest Player In NBA: Top 10 Of Active Players

This section will support you get to know the veteran names still fighting in the NBA to the present and of all times.

As the oldest player still playing today, Udonis Haslem has been with the Heat since signing in 2003 as a free agent with no experience. He is also the player with the longest tenure in the history of the franchise.

Haslem peaked in the early 2010s when he was an enforcer on the Big 3 Miami Heat. Over the past five years, Haslem has only participated in a total of 45 games. His role at the moment is more like an assistant coach.

Andre Iguodala has had a glorious career with the qualities of a star. The 2015 NBA Finals MVP has continued to run around the basketball court since joining the 76ers in 2004. During his career, he has pocketed a total of $170 million.

Iguodala is the owner of three NBA rings, all with the Golden State Warriors. In his final season at Philadelphia, he also made the 2011-12 All-Star roster. Iguodala has decided to choose Miami as the last stop before ending his career.

With tough dribbles and top-notch defense, Iguodala remains a threat to his opponents.

The 3rd pick overall in the 2003 NBA draft, Carmelo Anthony spent his first 14 seasons with the Denver Nuggets and New York Knicks.

He joined the Houston Rockets after a disappointing 2017-18 season in the Oklahoma City Thunder. Anthony played only ten games before the team asked him to leave and nearly expelled him from the tournament.

Carmelo Anthony has rebuilt his reputation and name thanks to an unsecured contract in 2019 with the Portland Trail Blazers. This Brooklyn man has made 12 All-Star rosters and is a future Hall of Famer.

Anthony has been actively seeking his first title with the Los Angeles Lakers with an impressive average of 23 PPG. 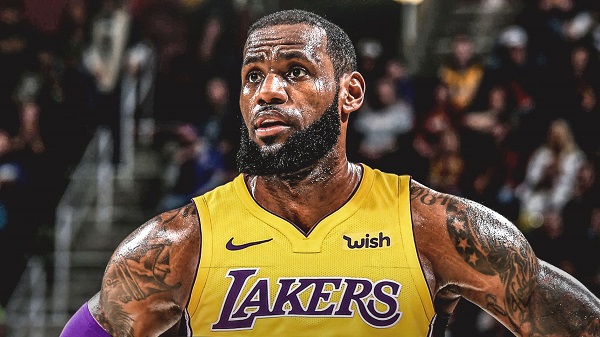 Age doesn’t seem to affect LeBron James as he continues to make the list of the best players of all time. The achievements that King James brought during 18 seasons are highly remarkable. He made 17 All-NBA appearances, as well as 17 All-Star appearances. James is also the owner of four championships and four NBA Finals MVPs.

James is in excellent form at the moment. Many people think that he can ultimately surpass Kareem Abdul-Jabbar as the all-time leading scorer.

During his 18 years with the Cavaliers, Heat, and Lakers, King James averages 27 PPG, 7.4 RPG, and 7.4 APG in the regular season. He also played in more playoffs than any player in league history, with 266 games.

After a severe injury from previous seasons, the champion is waiting for the strong return of this outstanding player.

The former Louisiana Tech forward was selected by the Utah Jazz in the 2006 NBA Draft. Over 15 seasons, Millsap played for a total of three basketball clubs, Utah, Atlanta, and Denver.

The Atlanta days were his prime, with four consecutive seasons making the All-Star squad (2013-2017). Millsap’s career is overall solid, averaging 14 PPG and 7.3 RPG since 2006.

Former Texas Longhorn player turns 36 in the NBA, and he started playing professional basketball in 2006. Tucker only played for the Toronto Raptors for a year. He then went to Europe and played for many other teams in the following years.

In 2012, Tucker returned to the NBA with a contract with the Phoenix Suns. He spent a short time with the Raptors again before moving on to the Houston Rockets. In just the 2021 season, Tucker has moved through so many teams, from the Bucks and now the Heat.

Chris Paul is a 16-year NBA veteran who has become one of the highest-paid athletes in the world. Paul grew up and developed his solid athletic abilities as he mastered both soccer and basketball in high school and college.

In 2005, Paul announced that he would start his professional basketball career while still in college. He was enlisted later that year and played for the New Orleans Hornets. Currently, Paul is wearing the Phoenix jersey.

Who Is The Oldest Player In NBA History?

The list above just gives you an overview of the oldest active player at the moment. In NBA history, many players have continued to contribute and run on the basketball court, even after they have passed the golden age of a professional athlete.

Let’s take a look at these three outstanding faces.

Back in 1948, we meet Nat Hickey, the oldest NBA player of all time. Hickey worked as a coach for the Steamrollers during the 1947-48 season. Then he switched himself into a player position as the team warmed up at 4-25.

Hickey is not a great player. He scored just two points in total, fouled five times, and scored a total of 0 for 6 from the pitch in two defeats.

Even when his performance was not good, Hickey still had a strong spirit when he stood at a record that after 73 years has not been surpassed. 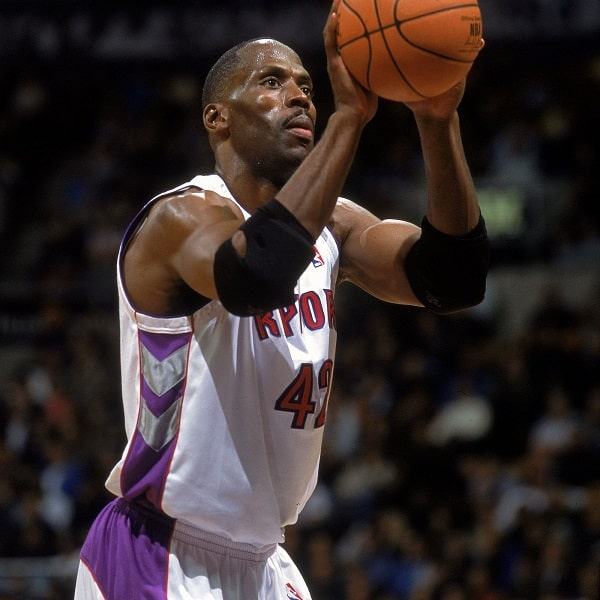 Kevin Willis enjoyed a long and proud NBA career before retiring at the age of 44 in 2007. He was the 11th pick in the 1984 NBA Draft, with the first team being the Atlanta Hawks. During his ten years here, Willis averaged 18.3 PPG and 15.5 RPG.

Robert Parish is the oldest of all the players who have made it to the Hall of Fame. The Chief began his career with the Warriors and played for four seasons. He later moved to the Boston Celtics.

He spent the next 14 seasons at the Celtics and won three titles with 14 All-Star appearances. Along with Kevin McHale and Larry Bird, they formed the NBA’s first Big 3.

The 1996-97 season was Parish’s last. He played alongside Michael Jordan, Scottie Pippen in the Chicago Bulls jersey. Although he only appeared in two playoffs, he also contributed to helping the Bulls win the NBA Finals. With the fourth ring, Parish is also the oldest player to win the championship.

Age matters to the career of professional athletes. Many names on the list are still in good form and are on track to reap more achievements.

High competition is what make this tournament so attractive. Let’s wait and see if these players continue to create miracles in the future.