A Detailed Ranking Of The Best NFL Coaches Of All Time

The NFL head coach is the brains of the entire team. They will have to make strategic decisions and find ways to lead the team to success. For that reason, there has been a lot of controversy surrounding the list of best nfl coaches of all time.

It wouldn’t be fair if we only used titles to determine the positions of these NFL head coaches. Take a look at his entire career throughout his career and factor in all of his individual seasons. A head coach’s contribution to the game and the performance of the teams he coaches is also remarkable.

Here are the top 11 greatest NFL coaches in NFL history. Let’s check it out!

List Of The Best NFL Coaches Of All Time

All of the top NFL head coaches on the list have contributed a lot while leading the team. Let’s find out who is the best nfl coach of all time and how they made it on this list. 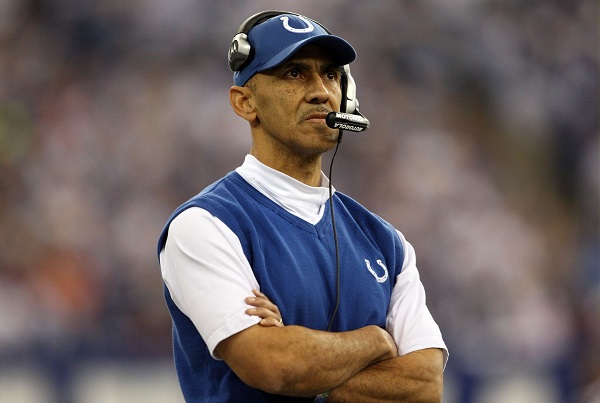 Tony Dungy started his career with Tampa Bay in the bottom rung of the league standings. Since 1983-1995, the franchise has recorded 13 consecutive losing seasons. Up to ten seasons, they only received six wins or less.

Dungy’s start with the Buccaneers wasn’t smooth either, but the head coach didn’t have to experience another failed season after that. This NFL coach has never lost more than four games against the Colts in his last six campaigns.

These achievements are enough to put Dungy on the list of greatest nfl coaches of all time. To add to the record, he won the Super Bowl in 2006. 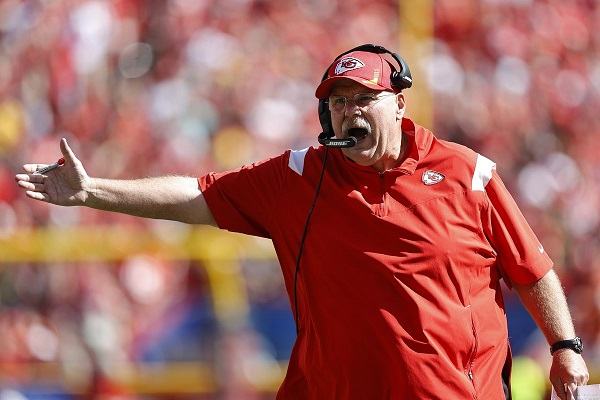 As Reid concludes his head coaching career, we’re sure his ranking will be even higher thanks to his connection with superstar Patrick Mahomes.

Andy Reid’s career has been a hit since leading the Eagles with a remarkable 130-93-1 record. But it wasn’t until he joined the Chiefs in 2013 that this head coach started to raise his stock price.

At the end of the 2019 campaign, Reid got his first Super Bowl ring and is expected to own more in the future.

Andy Reid has been a continuous head coach longer than any of his peers. If you include the time he worked as an assistant coach, Reid has played in 21 playoffs, 4 Super Bowls, and 10 Championship games. 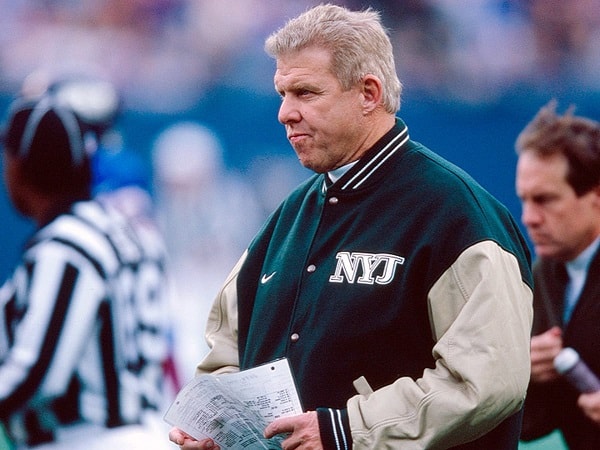 Parcells is the top discipline model on this list of best NFL coaches ever. Wherever this head coach goes, he makes his mark. It’s hard to ignore Parcells on the list with a record of bringing all four teams into the playoffs.

The most impressive dynasty he built was the New York Giants with two Super Bowls. Plus, “The Big Tuna” led the G-Men to win the Lombardi Trophy both times. 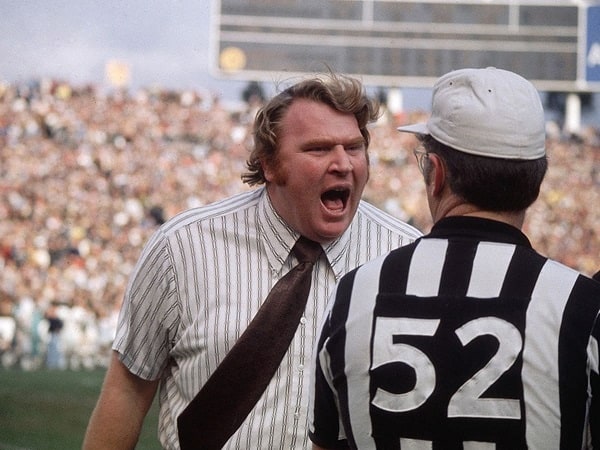 John Madden had an illustrious career with the Oakland Raiders. With just ten seasons as head coach, he has averaged ten wins per campaign. Madden’s 0.759 win rate is the second-best in the league history.

Under the guidance of this talented head coach, the Raiders have won seven regional titles. The sight of the players carrying him out on the field after winning the Super Bowl was a most impressive moment. 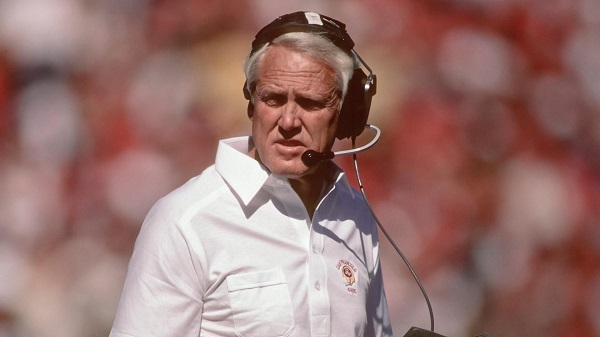 With three Super Bowl victories in just ten seasons, many think Walsh should be higher on this list. However, the head coach’s short lifespan has affected his overall assessment. But there’s no denying his influence among retired coaches.

Bill Walsh’s most prized legacy is his introduction to the West Coast offense.

A weak 49ers team has molted and become a dynasty under the leadership of Walsh. Many also claim that he played a big part in the 49ers’ 1989 Super Bowl winning roster. 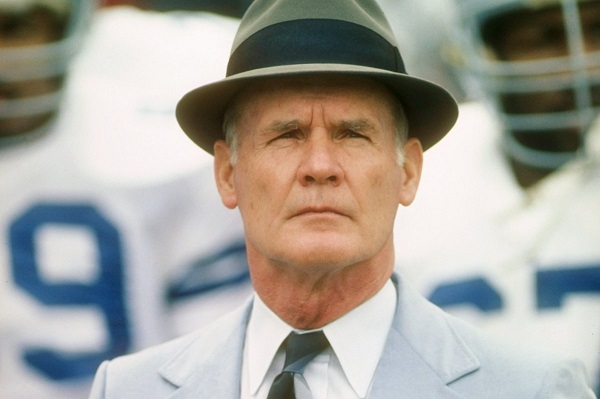 We can’t forget the Cowboys’ record of winning 20 consecutive seasons when Landry led them. The team also reached the knockout stages 18 times in that span.

Landry is also a creative coach on both sides of the ball.

His Flex 4-3 defense wreaked havoc on opponents’ attacks. At the same time, the pistol-directed assault, led by Roger Staubach, was a strategy ahead of its time. 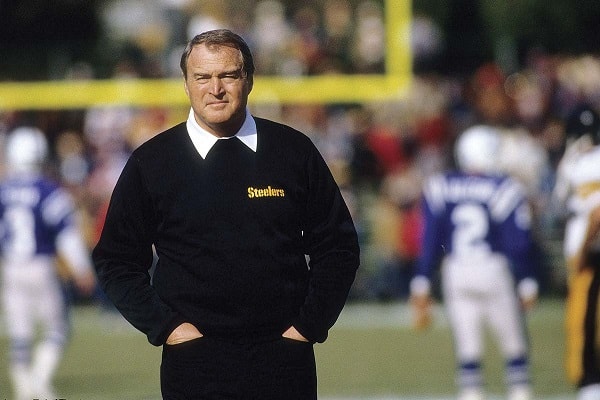 One of the prominent architects of the Steelers dynasty of the 1970s with four Super Bowl titles, Chuck Noll deserves a place on the list of best coaches of all time NFL.

Within just three years of arriving in Pittsburgh, this head coach had turned a long-losing franchise into a force to be reckoned with. They won their first championship title in 1972.

So far, Noll’s Steelers are still the only team to win the Super Bowl twice in a row. 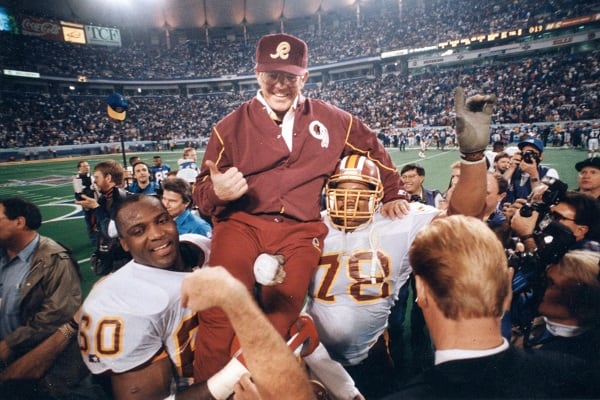 During his 16 years in charge in Washington, Joe Gibbs won three Super Bowls in four appearances. He surrounded himself with elite coaching talents, facilitating the first African-American quarterback with a Super Bowl victory.

Joe Gibbs is an icon of his class, we can say. Since his second retirement in 2008, the Redskins have yet to top. 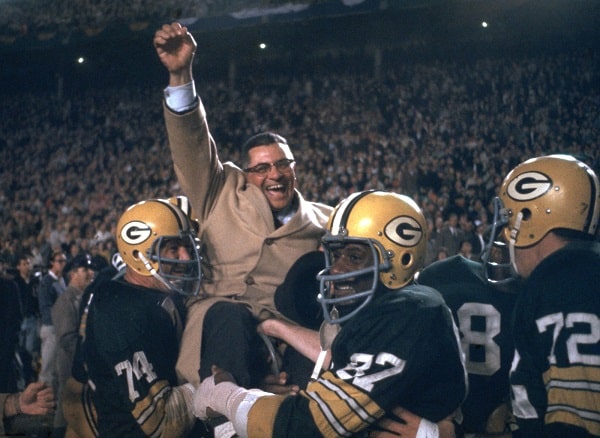 In just nine seasons with the Green Bay Packers, Lombardi has left an impressive legacy. He is the only coach who won five NFL titles over seven years.

Lombardi is a master at motivating his players. He is also a meticulous planner. We can see when observing the Packers’ active play; they almost know in advance the possible situations.

This NFL head coach is also a pioneer with draft classes. He was the first coach to select African-American players in the first round.

Lombardi’s 9-1 record to this day is still awe-inspiring. Along with a proud 0.738 win percentage, he fully deserves to be on this list of top NFL head coaches.

After his death in 1970, the NFL decided to name Lombardi the Super Bowl trophy in his honor. 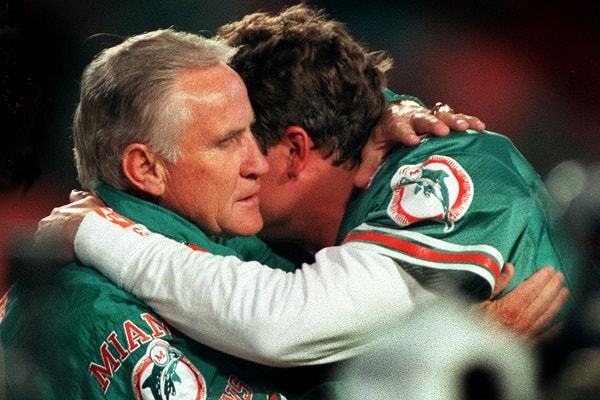 The only head coach with the only perfect season in NFL history is Don Shula. He led both the Colts and the Dolphins to the championship of the league. Shula is also the one who coached the greatest quarterbacks in history like Unitas or Dan Marino.

Shula has won more games than any NFL coach on this list. At a rate of 12 wins per year, it won’t be until 2024 for Bill Belichick to catch up with Shula. 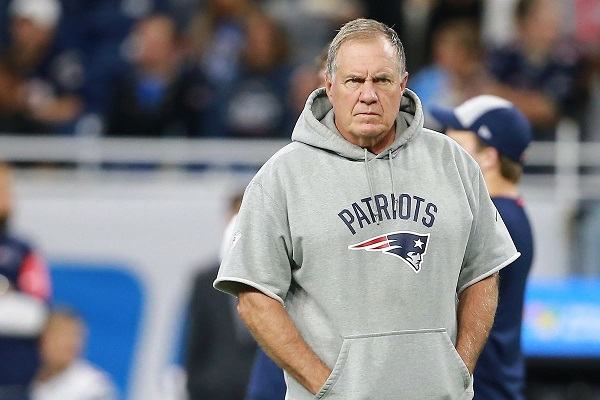 The best nfl coach of all time ever is, undeniably, Belichick. This head coach has asserted his own era.

He is the epitome of the new millennium coaches. Belichick exploits market inefficiencies who know how to demand excellence and set expectations on players without shouting.

Belichick began his potent career in 1975 with the Colts and was defensive coordinator for the Giants in the 80s. Among active coaches, he holds the record for most regular-season wins.

With 9 Super Bowl appearances and six wins, what more could you ask for? Belichick is the mightiest ever to do it, and it’s all done in a ripped hoodie.

All of the names on our list are famous NFL coaches. Their reputation comes from their leadership, tactical mind, and outstanding achievements throughout their careers. Football has never been a simple game, and only the best coach in nfl history can win.

Hopefully, this article has provided you with useful information. To keep up to date with the latest sports news, don’t forget to visit Scott Fujita every day!